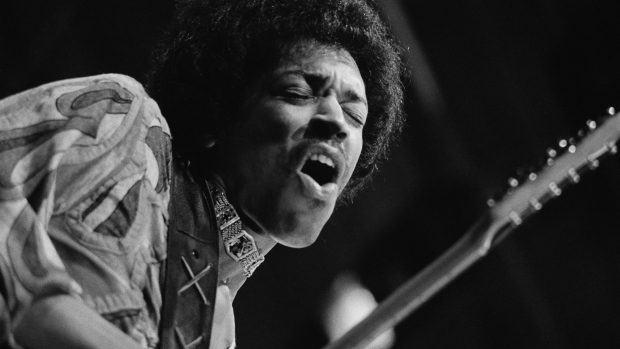 The moment was captured by the photographer Colin N. Purvor, who immortalised some of the most iconic moments of the 60’s, on film including shots of the Rolling Stones, The Beatles, Pink Floyd amongst many others. He also penned articles for Beatwave Magazine, a publication connected with the pirate radio station Radio Caroline, the boat that rocked from international waters around the UK coastlines.

The exhibition features a number of other shots of both men from the Rockarchive collection. A must see…