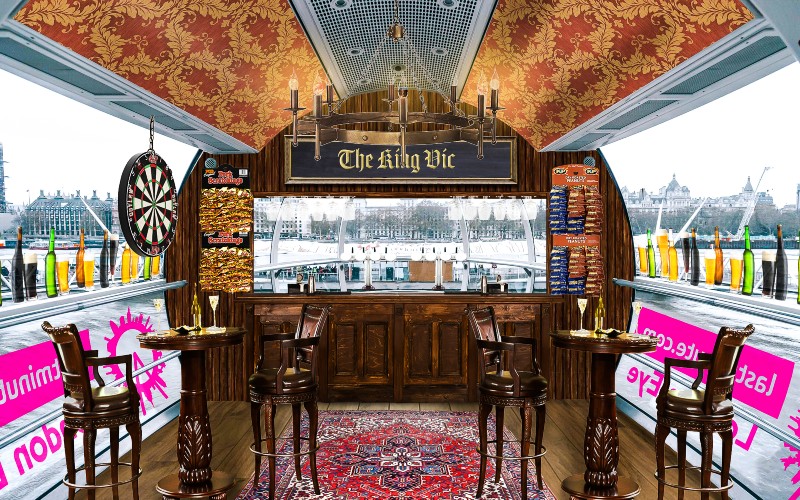 DRINK IN A PUB ON THE LONDON EYE

If you’ve always thought that riding the London Eye was a little bit dry then you’re in luck. In honour of its 20th birthday, one of the pods is being transformed into a tiny but fully-functioning pub. The King Vic, decked out like a traditional East End boozer, is just one of a number of pods getting a makeover for the occasion – there’ll also be a Royal Parks-inspired plant-filled pod, a showbiz pod with songs from West End musicals and a load of activities like cocktail masterclasses and silent discos hosted in the other ones across the birthday weekend. You’ll need to book for all the different pods with the proceeds going towards children’s charity Merlin’s Magic Wand.