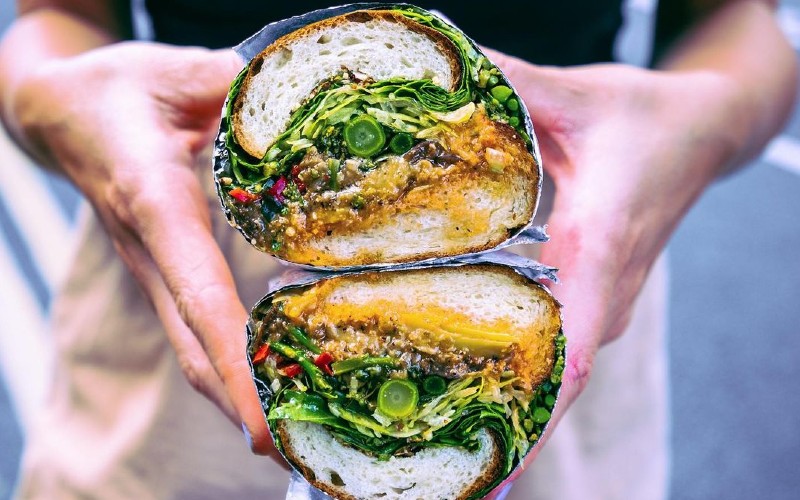 Dom’s Subs may be relatively new to London’s sandwich game having only opened on Hackney Road in 2020 but they made a big impact with their house-baked semolina sub rolls stuffed with epic fillings. And now they’re already onto site number two, taking over an old Subway unit in the City and upcycling it into a Dom’s – given that it was already set up to be a sandwich shop it makes perfect sense.

A second spot means in-store ordering as well a new delivery radius, so people in Whitechapel, Spitalfields, Bethnal Green and the City will now be able to get their hands on the likes of the Doms Club (with roast turkey, ham, bacon, Swiss cheese & guac), This Spicy D (with schiacciata piccante, salami, ham, nduja mayo & chilli oil) and The Roman (tenderstem broccoli, roast aubergine, marinated artichokes, provolone & romesco). Bring on the sarnies.