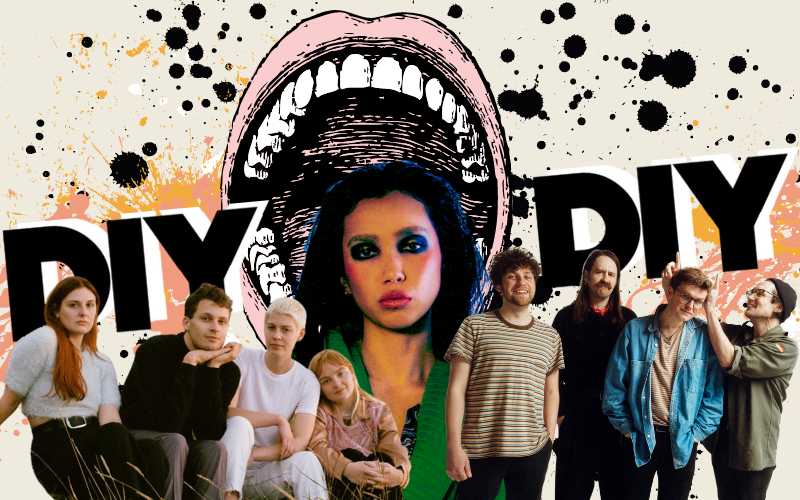 It’s already hard enough to keep on top of music newness with all the releases, videos and tour announcements, but throw in festival season and it becomes a right job. That’s why we’ve got our mates over at DIY Magazine to help you (and us) out with the three things we need to know for the next month.

One to Watch | Wallice

For those with a keen ear for buzzy new bands, the return of Brighton new music festival The Great Escape this month is a welcome one. We’ll be front and centre when Wallice makes her UK debut, having put out some of the most consistently wide-eyed, dreamy alt-pop early singles of recent years. Hailing from LA and recently signed to Dirty Hit – home to The 1975, Wolf Alice and more – new EP 90s American Superstar is full of zingers (“There’s way more than 10 things I hate about you…”), fuzzy riffs and pop gold.

With their second album, 2020’s Every Bad, Porridge Radio went from cult underground favourites to a Mercury Prize-nominated, wider world concern. Its follow up, this month’s Waterslide, Diving Board, Ladder to the Sky, finds the Brighton quartet building on the brutally raw, cathartic songwriting of that record and pushing it to the nth degree. Their greatest trick, however, comes in balancing frontwoman Dana Margolin’s at times almost painful honesty with big moments of melodic release. Waterslide… has big ‘album of the year contender’ energy.

Last year’s inaugural Wide Awake festival saw the likes of IDLES, Shame and Black Midi lining up like a who’s who of modern post-punk. This year, meanwhile, the festival have decided to spread their wings a little further, growing to two days with one staying in the alternative guitar realms and one dipping a toe into dancier waters. The former comes headlined by Primal Scream playing their seminal Screamadelica in full, with Yard Act, Fat White Family, Amyl & the Sniffers and more in tow; the latter is topped by Bicep, alongside Caribou, Leon Vynehall and more.