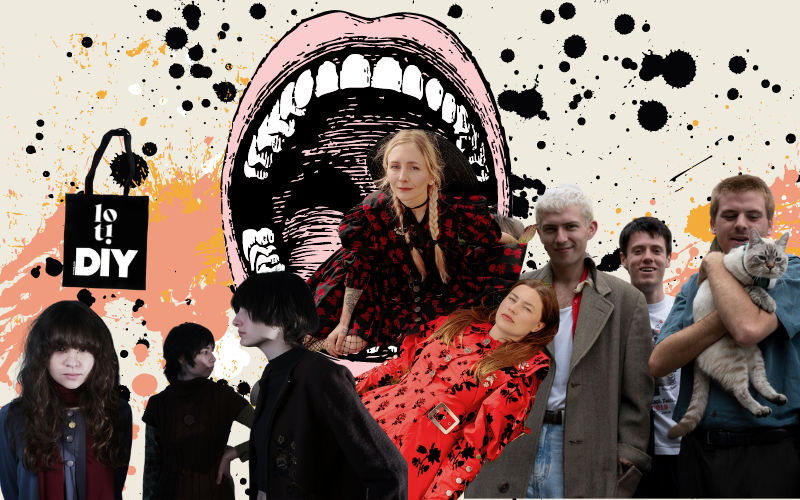 Between tour announcements, record releases and video drops, not to mention all the new artists that seem to be appearing out of nowhere, keeping on top of music newness is no mean feat. That’s why we’ve got our mates over at DIY Magazine to help you (and us) out with the three things we need to know for the next month.

One to Watch | Horsegirl

We’re still recovering from a whirlwind week over at Austin’s SXSW festival – the biggest new music event of the year, and a chance to work out which artists are primed for musical domination in the coming months. We’d put at least a fiver on Chicago trio Horsegirl to canter to the front of the pack, based on their buzz out in Texas; not only did they win the festival’s award for most promising US act, their brooding shoegaze (think Sonic Youth, fronted by the two best friends from Ghost World) had crowds enraptured wherever they went.

Unless you’ve been living under a very silent rock for the last 12 months, you’ll be aware of ‘Chaise Longue’ – the irrepressible debut single from Isle of Wight duo Wet Leg. Luckily, the indefinable indie magic of that first offering was no fluke, and this month their highly- anticipated album arrives to solidify the hype. Sonically throwing nods to the great and good of indie past, from Yeah Yeah Yeahs to Elastica, Wet Leg’s MO is fun – or “good times, all the time” as recent single ‘Angelica’ proclaims. Via a collection of tracks packed with cheeky lyrical one-liners and wonky, brilliant hooks, a trip through Wet Leg is a good time, guaranteed.

Gig of the Month | DIY Alive

Toot toot, it’s the sound of the self-promotion horn! But while yes, we might be (extremely) biased, we’d like to think that the line up for DIY Alive – our inaugural festival, taking place around Hackney on 23rd and 24th April – speaks for itself. On Saturday, get sweaty with Shame, Do Nothing, Pinty and many more, and on Sunday soak up the sweet sounds of Lily Moore, Matt Maltese, Master Peace and a whole host of others. What’s more, we’ve got current queen of the world, Self Esteem, and music legend Baxter Dury in conversation, workshops and drop in sessions for people wanting to work in the wonderful world of music, and loads more besides. Grab your tickets now!