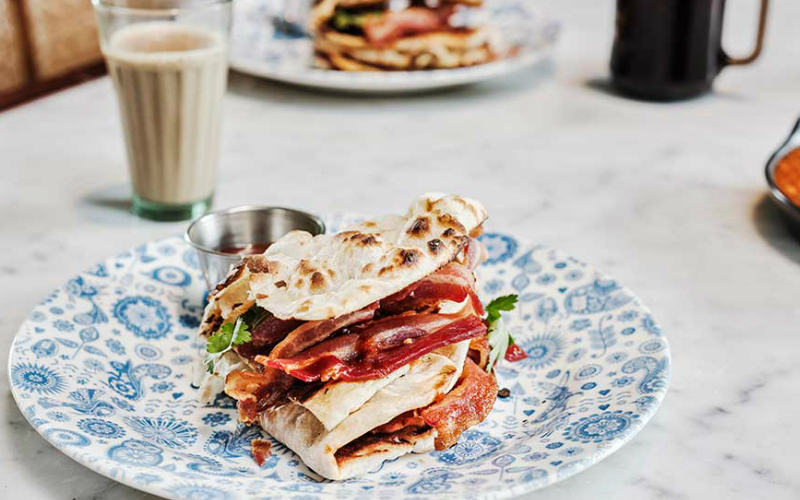 DISHOOM TO UPGRADE ITS BREAKFAST MENU

What’s better than a Bacon Naan? A Double Bacon Naan of course. Yep, Dishoom is going big for its new breakfast menu. As well as taking its most famous brekkie dish up a level (that’s double bacon stuffed into the naan with cream cheese and chilli-tomato jam), Dishoom is also introducing two newbie naans – the Wrestler’s Naan (bacon, sausage and egg) and Vegan Sausage Naan.

That’s not the only plant-based addition, with the Soy Keema No Eedu (spiced soy keema with sali crisp-chips and homemade toasted pau) and an eggless version of the Akuri scramble. Chicken Livers on Toast and the Sweet Appam Stack, topped with shrikhand, berries, toasted coconut and jaggery syrup complete the menu. And if you can’t possibly choose between all that, pop in on the weekend for the new breakfast feasting menu and fill your boots.