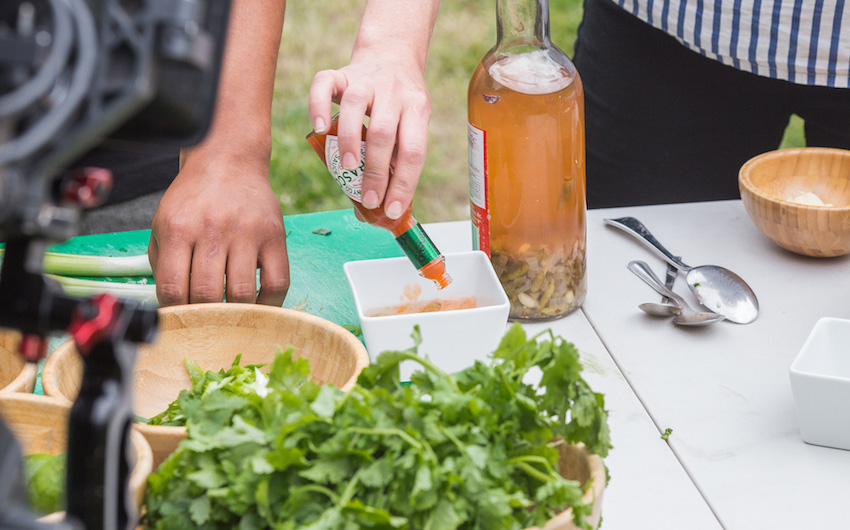 Us Brits love a good barbie, so much so that even when it starts to rain 80% off us will stick it out to the end rather than running back to the kitchen. And even if you’re not holding the tongs till the end, you’ll probably show up to at least 9 BBQ’s a year and drink as much beer as you can while trying to avoid food poisoning. But don’t you sometimes get bored of the same ol’ burgers and sausages? We know we do and sometimes wish we could recreate something like Smokestak’s brisket bun or HotBox’s pork ribs, let’s face it we’d even settle for no meat at all if we had Berber & Q’s cauliflower shawarma.

So it’s time to turn up the heat and start grilling like a pro with Tabasco. Forget that burnt rock that’s supposed to be a burger and add some fire to your food, because on no other occasion would you accept such boring grub. And with a nifty bottle of Tabasco you can inject some life into your sauces, marinades, sides, and anything else coming off the coals really. It’s that easy…and you’re mates will think your a pro. Just remember it’s all about putting the prep in; it’ll give you better food and more time to party – and if you need any more convincing look at what Jesse Burgess discovered in the video below. King of BBQ here we come.