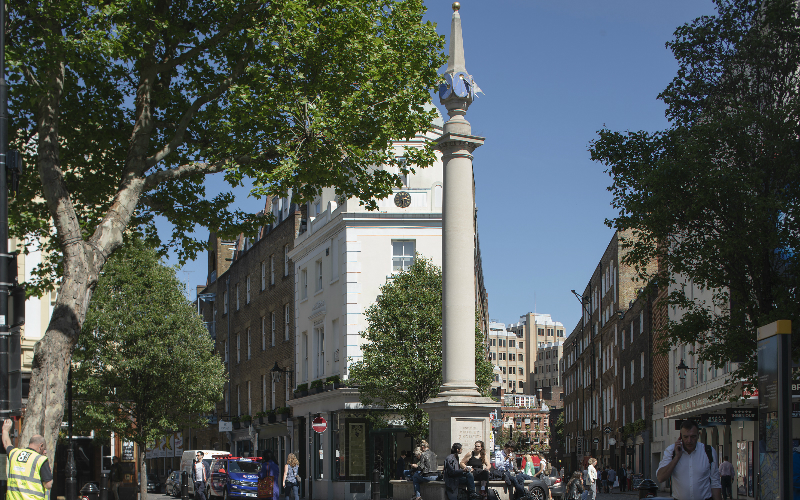 We all know Seven Dials as a place to eat, drink and shop but there’s a whole lot more to the area than meets the eye, and now you can finally discover it with the new Seven Secrets of Seven Dials trail. The free and paperless trail will reveal the history of the area through a series of illustrated videos.

Seven Dials was first developed by entrepreneur Thomas Neale way back in 1693 and has since gone from a rundown slum to a listed conservation area, creating over 300 years worth of stories to uncover. Like the fact there was once a secret grid of underground tunnels connecting six pubs that used to face the Sundial Pillar. Or that Neal’s Yard has been the spiritual home of occutlism, astrologers and alternative medicine since the 17th century. Or that the phrase “having a kip” originated in the area. Now that’s good trivia!

All you have to do to explore the trail is download the Seven Secrets map and scan the QR code at each of the locations to reveal the videos. Once you’ve finished watching the video, sign up to receive either a special offer or exclusive Seven Dials tote bag.

POPULAR MUSICALS TO STREAM FOR FREE (1)