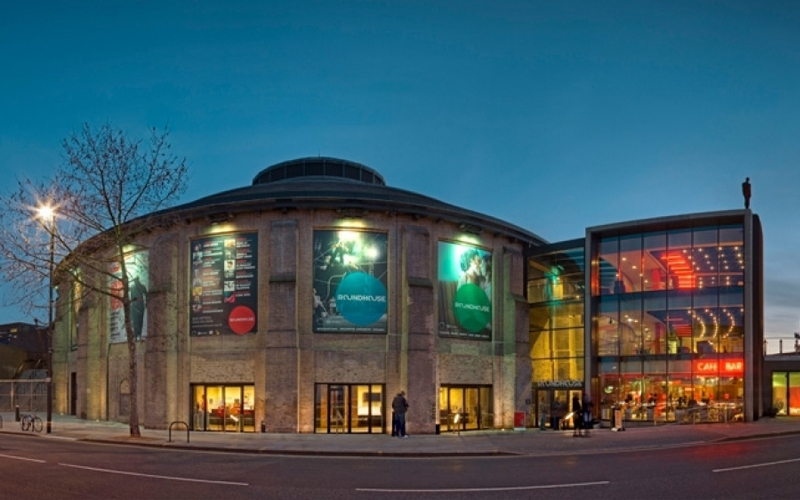 There is something about discovering new music that is exciting; being part of that discovery makes it personal, so much that you feel that it’s your ‘find’ and then you find yourself telling people about it. Spotify makes things so easy these days but we often get bored with all the choices because the sense of discovery is missing.

If like us you like catching up-and-coming artists before they blow up and going to gigs for free, then you can do both of these with ibis Lates on Tour. The collaboration between ibis Hotels and the iconic Camden venue Roundhouse sees a series of intimate shows across the UK featuring hot new acts from across the country. It also features talent from the Roundhouse’s Resident Artist Programme, which is all about giving young, local artists the support they need to do their thing. This is exactly what we found when we attended the latest ibis Lates show at the Camden Roundhouse which showcased three very different artists.

We were introduced to the distinctive voice of Modupé, which is mighty impressive. With a love of all pop, Modupé brought a mix of originals and covers to the stage showing off her own take on the likes of the 1975 and Ed Sheeran. Mobius Trip MOB is an artist that also braves the stage alone with a unique style of psychedelic gospel, slapping out thick grooves on bass and occasionally guitar. It’s like Ghostpoet mixed with King Krule, with clever lyrics and insightful messages.

The Purple Lights are a two-piece that combines guitar and synths with drums and percussion to create a funky punk rock groove with elements of reggae. Working with loops, they do produce an impressive sound and switch up their styles showing an eclectic appreciation of their influences.

Since it started last year, with a gig in the ibis London City – Shoreditch hotel, they’ve put on gigs in the lobbies of ibis Hotels in Manchester and Birmingham, spotlighting local artists China Lane, whose synth-pop sound has drawn comparisons to The 1975, and disco-meets-80s R&B duo Ekkah. Now they’re back home at the Roundhouse and the next show is planned for February 2018. The line-up for this is still under wraps so watch this space, but it’ll be totally free to attend and you can’t say no to a free show at the Roundhouse can you?

This is part of ibis Hotels commitment to give access to great events and experiences across the UK, so get involved.