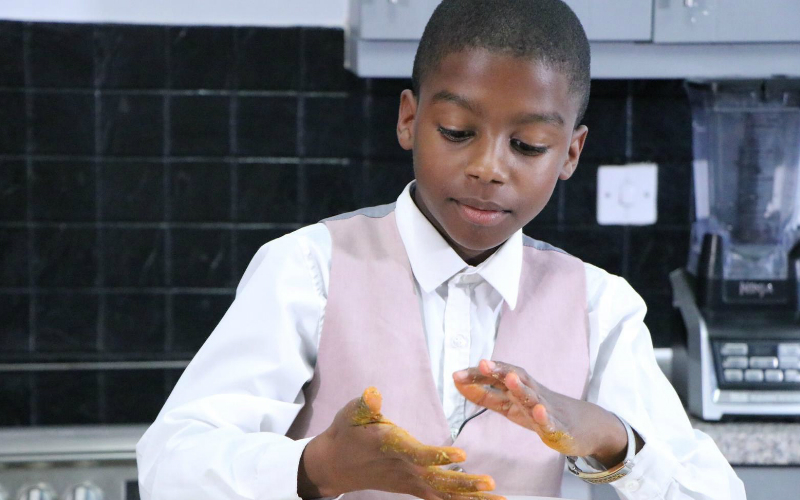 11 year old vegan chef (the youngest award-winning vegan chef in the UK) and CEO Omari McQueen is popping up at Boxpark Croydon with Diapalicious, his vegan snack business. Omari started cooking when his mother was diagnosed with hemiplegic migraines – he’s gone from cooking for his family to starting his own YouTube channel about veganism and vegan cooking to launching his first ever pop-up at Boxpark Croydon after contacting the CEO directly to get himself a spot. At Dipalicious he’s serving up plant-based snacks and dips like jackfruit with breadfruit and tortilla madness.