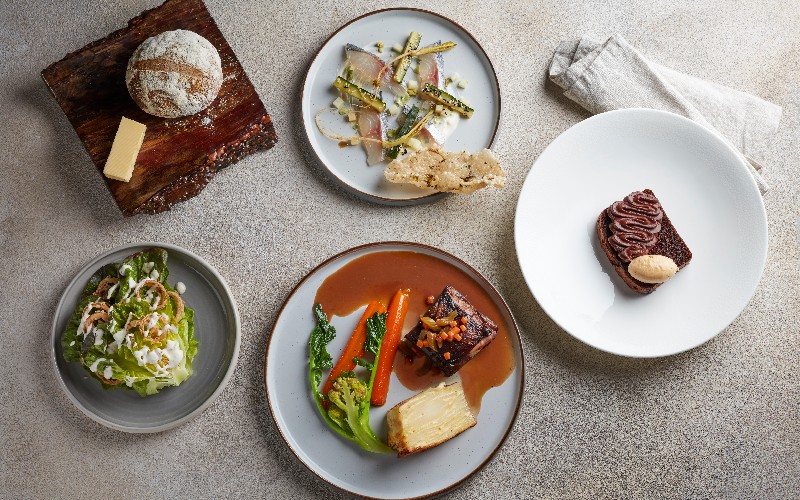 What’s better than a slap-up meal from a Michelin starred chef? A slap-up meal from a Michelin starred chef with epic views over London, that’s what. Alyn Williams (formerly of the two-star Alyn Williams at The Westbury) will be cooking at The Observatory at Wardian in Canary Wharf for a very spesh ‘dine in the sky’ experience this June. The 53rd floor bar, normally only open to residents of the building, boasts 360-degree views of the City, Canary Wharf and Greenwich, and as Wardian has a strong botanical element to its design, diners will also be surrounded by exotic foliage.

Alyn’s menu for the pop-up includes truffle arancini, crab tartlet, kombu cured Cornish mackerel and beef sirloin, and with just four sittings of 24 guests each over the two days, it’s gonna be a real intimate affair. Tickets are £100 each, including a set menu and welcome drink, and are sold in pairs so round up some friends if you’re keen.