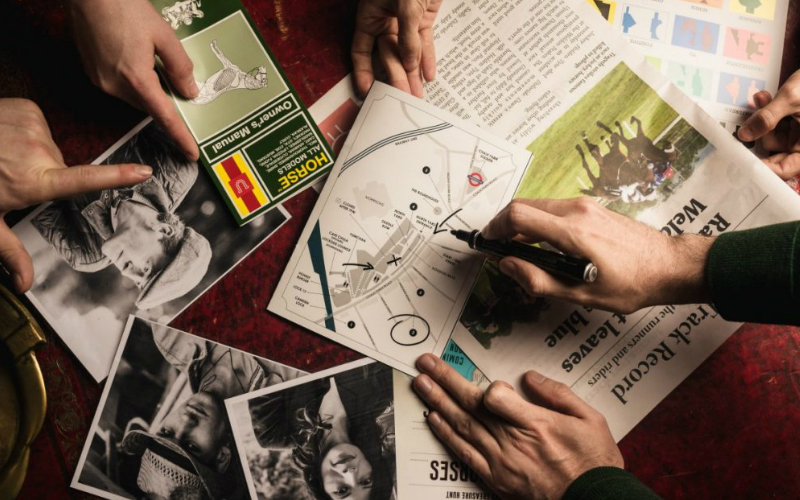 See yourself as an expert mystery-solver? A potential Sherlock Holmes? Then you’ll want to head to Farringdon this summer. Dead Man’s Hand, the immersive game from A Door In A Wall, is set to make a return after its sold-out run in 2013. The game will be bigger and better than before, as players are tasked with solving the murder of gambler Jack Spade through collecting clues on the street. You’ll start off in the Grand Union Farringdon, which will be transformed into covert gambling den The Underhand Club. After gathering evidence with your team, you’ll head out into Farringdon where there’ll be puzzles to solve, treasure to hunt and characters to meet along the way. Mixing immersive theatre with escape rooms and treasure hunts, Dead Man’s Hand will defo make for an eventful Saturday. Let’s hope you’re dealt a lucky hand…