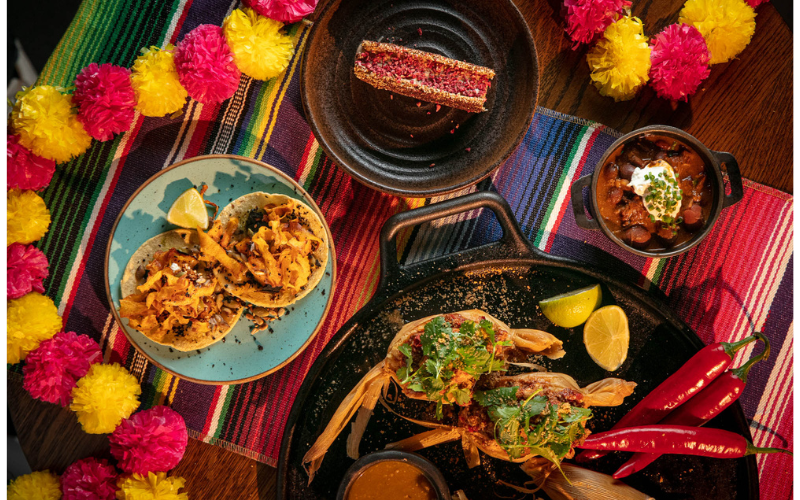 Halloween may be over, but Day of the Dead celebrations are still underway, and temper is pulling out all the stops this year with their Dia de los Muertos party. For the third year running, the guys at temper are throwing a fiesta at all of their sites with a special menu featuring their take on Day of the Dead specialities, including sugary, orange blossom-laced Pan de Muerto bread filled with homemade cochinita pibil, and a ‘nose-to-tail’ pumpkin taco served with roasted pumpkin, pumpkin seed salsa, dehydrated pumpkin powder and smoked labneh.

It’s not too late to get involved in the action, head to their Soho restaurant on the 2nd November, where not only will they have the special dishes on offer and plenty of tequila and mezcal to enjoy, but they will also have a live mariachi band playing throughout the evening. Don’t miss out!