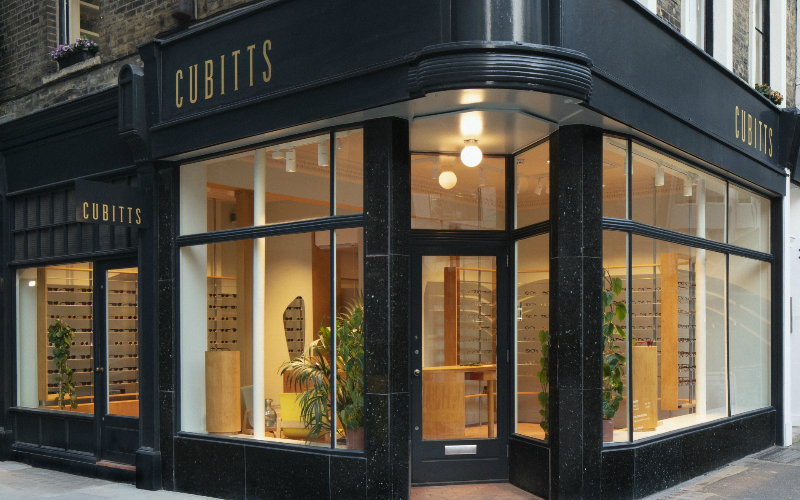 The Cubitts empire has just got even bigger with the brand’s tenth store having just opened in the City, and it’s really reflective of the area with the interiors drawing influence from the modernist architecture and colour palette of the nearby Barbican estate. The store stocks the optical and sunglass ranges of spectacles, which are all handmade, going through fifty stages of production over six weeks. To celebrate the new store, Cubitts has also released the exclusive, made-to-measure City Collection. The four frames have been inspired by the surrounding neighbourhood.

There’s the Beech, named after Beech Street underneath the Barbican, with its curved shape reminiscent of the curves on the Brutalist estate. The Fore nods to the store’s former life as a saddlery shop, with a square silhouette and classic saddle bridge on the frame. The Throgmorton frame, named after the former home of the London Stock Exchange, takes design cues from the specs of Richard Siefert (the man who designed Tower 42, which is where Throgmorton Street leads to). Finally, the Walbrook, with its angular shape, tapered temples, references the street of the same name, itself named after a stream. You can get those four in any of the Cubitts colours and patterns, so if you’re in need of a new pair of specs, you know where to go.

Want new lenses, pop in and book an eye test and browse through their range.