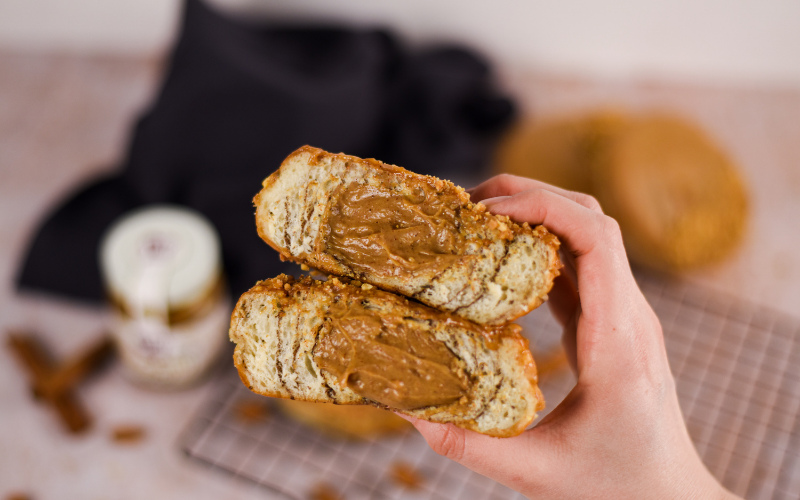 Crosstown has joined forces with nut butter specialists Pip & Nut to bring out two limited edition vegan specials – and they’re giving them away to 800 customers to celebrate. Inspired by Crosstown’s classic cinnamon roll-doughnut hybrid, the duo have created the Almond Butter Cinnamon Scroll doughnut, a vegan cinnamon scroll filled with a homemade custard featuring Pip & Nut’s Smooth Almond Butter, and topped with an almond butter glaze and roasted almond nib crumble. And on top of that, Pip & Nut are bringing out an almond butter made with the Cinnamon Scroll in mind, infused with flavours of Mexican agave, Zanzibari cinnamon and Tongan vanilla.

The specials launch on the 30th March, so head down to Crosstown Soho, Shoreditch, Victoria or Cambridge after 12pm to be one of the first 200 to try the fruits of their collab for FREE.