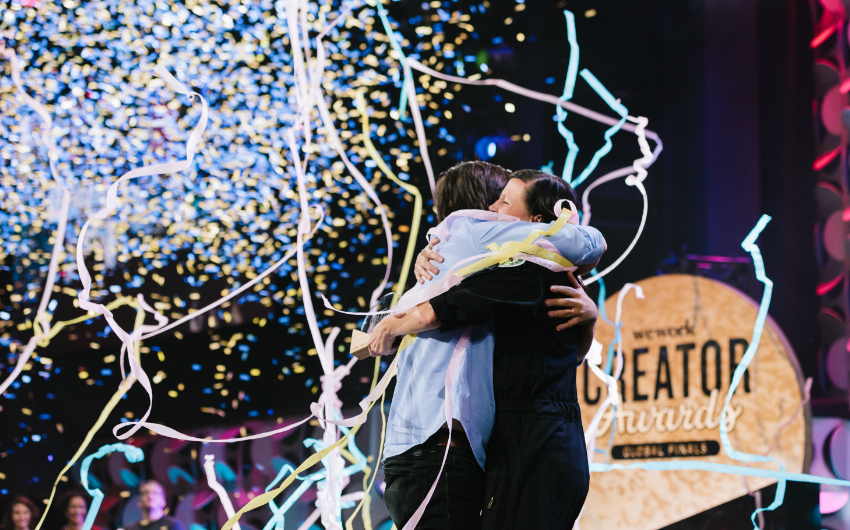 After a successful debut last year, WeWork’s Creator Awards are back for 2018 and that means there’s a ton of prize money up for grabs for creators across the UK and Ireland. The Awards are all about celebrating people who do cool things and helping them get better at what they do by giving out funding. Some of last year’s London winners included social enterprise Fat Macy’s, which helps homeless people move into their own homes by hosting supper clubs, and UBREW, a space where you can learn how to brew your own beer.

There are four categories this year – The Nonprofit Award (for charitable organisations), The New Venture Award (for companies and entrepreneurs with fresh ideas), The Community Giver Award (for those making a difference locally) and, new for 2018, The Performing Arts Awards (for groups and entertainers) – and are open to anyone who fits, whether you’re a one man band or a business ready to scale up. The judges for this year include Ashton Kutcher; British Vogue’s publishing director Vanessa Kingori MBE; Peanut app co-founder Michelle Kennedy; and Monzo co-founder Jonas Templestein. Yeah some pretty big names right there.

The Creator Awards aren’t just about winning (although scooping a wad of cash for your business would be awesome) with network opportunities, a masterclass from Emma Gannon, who’ll be recording a Ctrl Alt Delete podcast with charity: water co-founder Scott Harrison and creator of Do Something For Nothing Joshua Coombes, a pop-up market and a big ol’ party with live music for all attendees.

And if you can’t make it down on the night, you don’t have to miss out because you can catch the livestream of the event right here.