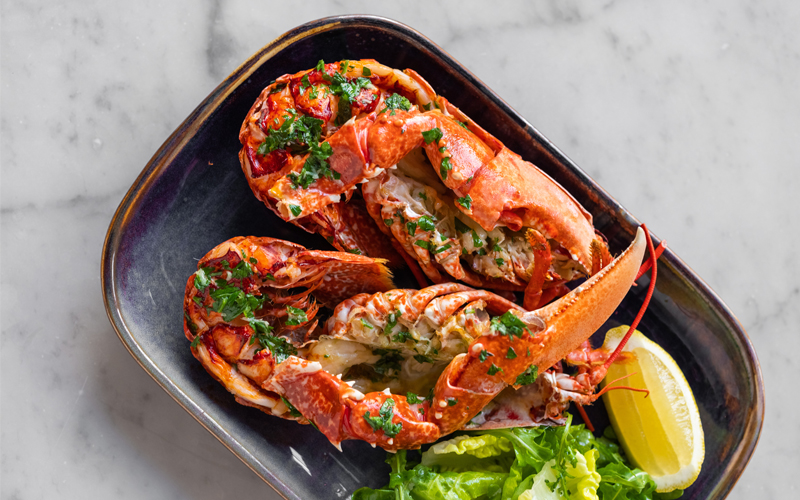 CRACK ON WITH NATIVE LOBSTER

If you are a fan of seafood, then Wright Bros have something that will make your ears twitch and your belly growl. Throughout August they are putting on a lobster special – a whole native lobster grilled with garlic butter, served with a crisp green salad and fries – for just £20 a pop.

The native lobster is in best form from June through to September and is typically richer in flavour and has a softer shell, so you need not worry about shrapnel being catapulted across the other side of the room when you dig in. Wright Bros source the lobsters from their very own wholesale team based in Brixham, with the catch brought in fresh daily from the Cornish and Devon coast.