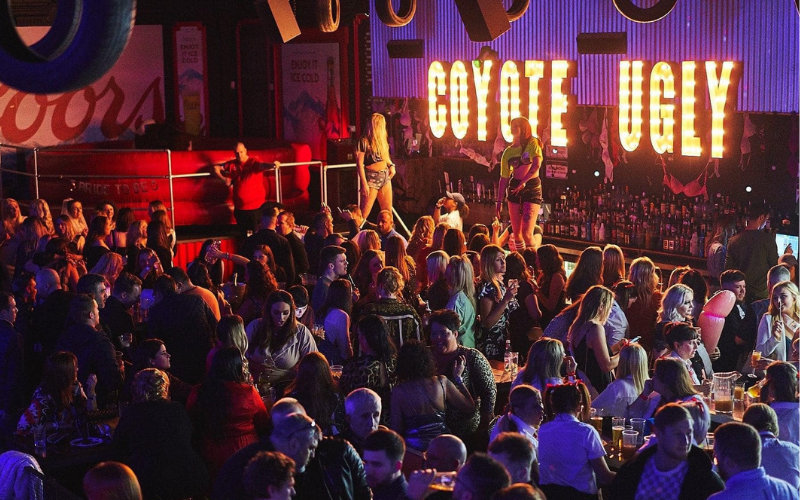 The movie may have come out 23 (!) years ago but Coyote Ugly fever is still going strong

Coyote Ugly has become a household name thanks to the film but the bar actually started out in NYC in the 90s, and has since expanded to 20 locations worldwide, including in Cardiff, Swansea, Birmingham, Liverpool and Camden. Now a second London site is on the way, taking over what was a large souvenir shop in Piccadilly Circus – they’ve got their eyes on the tourists for sure.

If country music, dancing on the bar and being surrounded by a load of hen dos sounds like your idea of a great night out, then you’ll be pleased to hear that the Piccadilly bar will be open seven days a week, with an opening time of 8am for breakfast (American-style, we would assume) and with a 3am licence, so you’ll have plenty of time to live out your best Coyote fantasy.