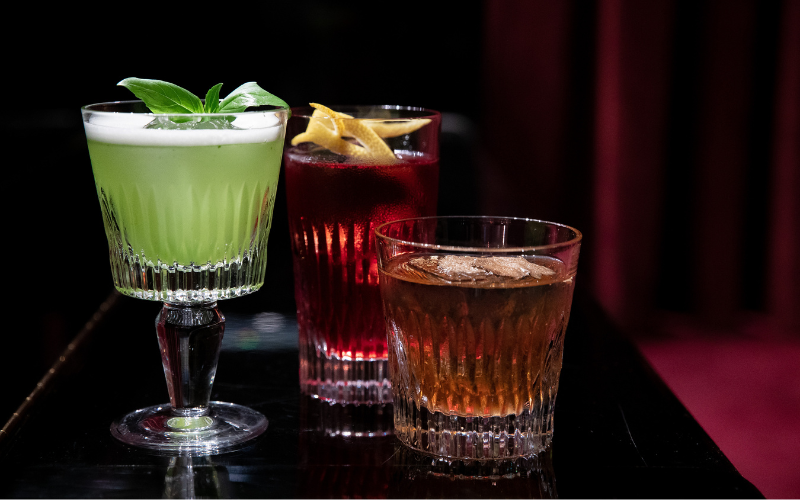 Corinthia London, the ultra-lux hotel right in the heart of the West End, is about to get even more glamorous with a new cocktail bar in the works. Velvet will launch this November, taking over the former Bassoon Bar space, with one of the world’s leading bartenders, Salvatore Calabrese, at the helm. Known in the cocktail world as ‘The Maestro’, Calabrese previously worked at the legendary DUKES Bar in Mayfair before cultivating his brand as an internationally recognised expert in all things drinks.

Set inside a beautifully restored, historic building – originally opened as a hotel in 1885 before being repurposed as government offices in World War I – Velvet will nod to a bygone era while introducing some modern touches. The intention behind the new spot is to revive the theatre of the bar and restaurant scene, incorporating the flair and style that Calabrese has become known for. The cocktail list will feature a mixture of time-proof classics alongside contemporary drinks and Calabrese’s signatures, including the breakfast martini (gin, Cointreau, fresh lemon juice and marmalade) and the spicy fifty (vodka, elderflower cordial, fresh lime juice, honey syrup and chilli). Plus, there’ll be small plates to tuck into too.

The interiors are also getting a revamp in preparation for Velvet’s arrival, with the help of prestigious designers David Collins Studio. Furniture has been reupholstered in shades of red and royal blue, velvet curtains conceal the bar, lighting will set the mood and specially-commissioned artwork will hang beside the marble fireplace. The bar will also be equipped with a performance space for live music – solidifying the early 20th-century vibe even more. If you love a cocktail bar with that very intimate, classic vibe, sounds like this will be one to get on your list.