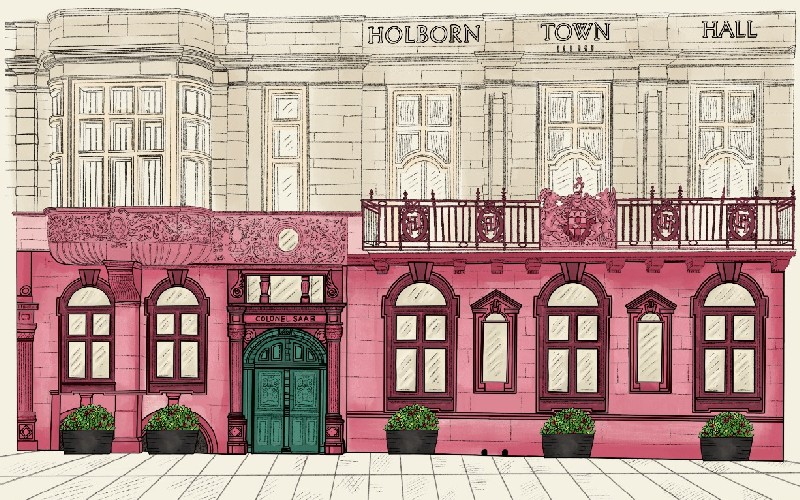 It’s all change at the old Holborn Town Hall once again as modern European restaurant Gezeliig has gone and new Indian restaurant Colonel Saab is moving in. The first UK venture from Roop Partap Choudhary who heads up the five-star Noor Mahal hotel in India, Colonel Saab is an homage to his mother Binny and father Manbeer, who went by ‘Colonel Saab’ during his time in the Indian army.

The 150-cover restaurant will be open from breakfast through to dinner and will draw inspiration from the various places across India that his mum and dad were stationed. That means you can expect caramel & banana paniyaram with jaggery sauce; Colonel Saab eggs benedict with turkey ham, korma sauce & toasted pau; and an Indian fry-up with a masala omelette, chilli chicken sausage & curried baked beans for brekkie, with seafood, meat and veggie dosas and rice dishes served in tiffins appearing on the all-day menu. Come dinner time there’ll be small plates on offer, including the likes of Maharashtrian baby aubergines in a chilli peanut sauce, Nizami roast chicken and Binny’s childhood chicken curry. The family theme continues at the bar, where cocktails named after Roop’s relatives will sit alongside Indian-made gins, rums and whiskies.

And if you wanna get in there first, Colonel Saab is knocking 50% OFF food during their soft launch period of 7th – 13th October, so get booking.