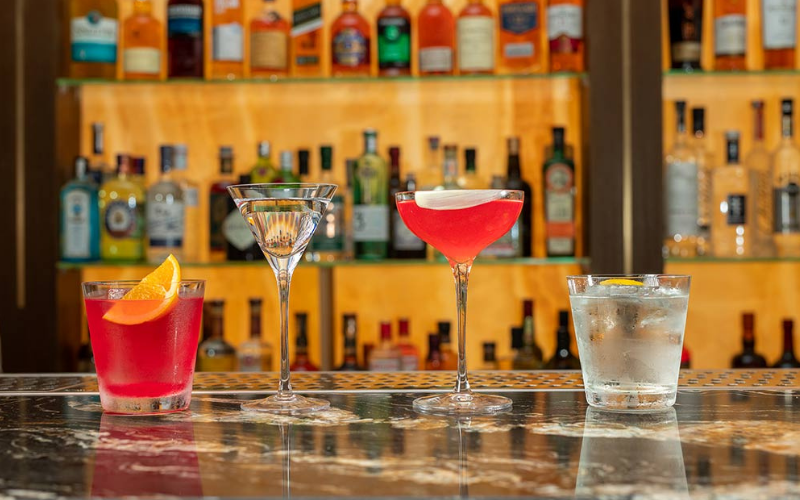 New cocktail bar Amaro has just arrived in Kensington and it’s got quite the bartending line-up – founder Elon Soddu was previously Head Mixologist at The Savoy, two of the team have also worked at The Savoy, with another two having spent time at 69 Colebrooke Row, Kwant and Homeboy. They’re shaking up twists in classic cocktails, including the Pomegranate Negroni (tequila, mezcal, pomegranate, vermouth & Campari), the Pear Old Fashioned (whisky, sauvignon blanc, sherry, pear & bitters) and the Cosmo Amaro (vodka, arrack, Cocchi Rosa, raspberry, coconut & lime), plus two non-alcoholic serves.

The bar is well stocked with liqueurs and spirits but if you don’t want the hard stuff, Amaro also has an Italian wine list, and there’s also an Italian small plates menu, featuring dishes like bufala panzanella, tuna tartare, charcuterie, and pasta of the day, should you want a bite to eat with your bevvies.