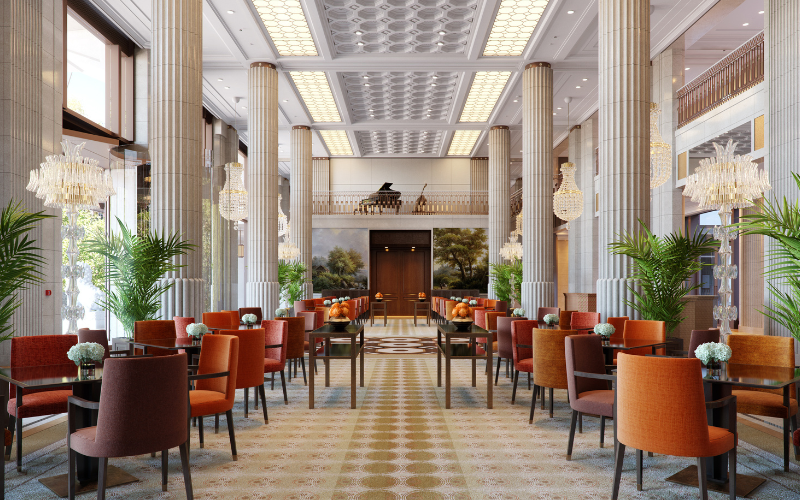 Some of the biggest restaurant openings of the year are coming from big-name chefs in big-name hotels – Mauro Colagreco of Mirazur at Raffles London, Akira Back at the new Mandarin Oriental, Yannick Alleno at the Four Seasons Park Lane, and now Claude Bosi is adding his name to that list with a restaurant at The Peninsula in Hyde Park.

Bosi will be overseeing the modern European rooftop restaurant Brooklands, which will be inspired by classic British aviation and motorsport, with an overhead scale model of Concorde, rare motoring memorabilia and a rotating display of classic cars from the Brooklands racetrack inside, and an exclusive cigar tasting lounge with a walk-in humidor.

The ground floor of the hotel will be home to Chinese restaurant Canton Blue, headed up by Chef Dicky To, which’ll celebrate the spice trade link between Asia and Britain across the dining room and Little Blue Bar. You’ll also be able to indulge in afternoon tea and an all-day menu of classic dishes to a soundtrack of live music at The Lobby restaurant, with grab-and-go food available at The Peninsula Boutique & Cafe. All of that, plus 190 bedrooms and suites, 25 opulent residencies, a spa, an indoor pool, a retail arcade and a ballroom….this is gonna be one hell of a hotel.