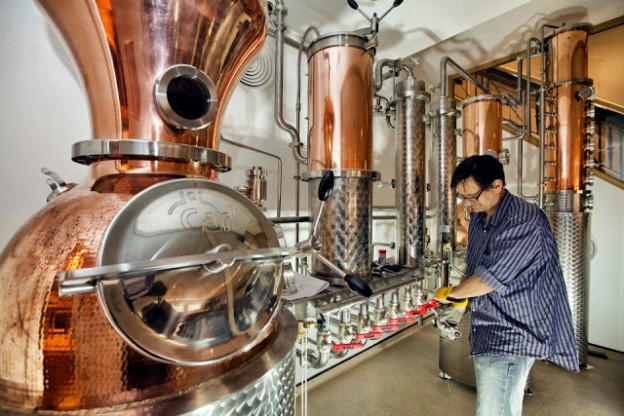 Based on Bride Lane, just off Fleet Street, the main focus of the building will be the two large copper stills in which the spirit is created, which will be housed behind huge glass windows, allowing drinkers to see the process in action. During the day, the Gin Experience will give people a chance to see the process close up with demonstrations from experts and the opportunity to sample the products. In the evening, the focus switched to the bar area where they’ll serve up home-made spirits alongside a range of other gins with a cocktail menu designed my acclaimed mixologists The London Bar Consultants.

City of London gin and vodka will also be available to drink at home too, with bottles pried at £29.95. With only 200-250 bottles produced per distillation run, this will be a limited edition craft product. The bar is currently open 4pm-9pm Monday to Friday and from 26th November, opening hours will be extended and open from midday to 10pm.