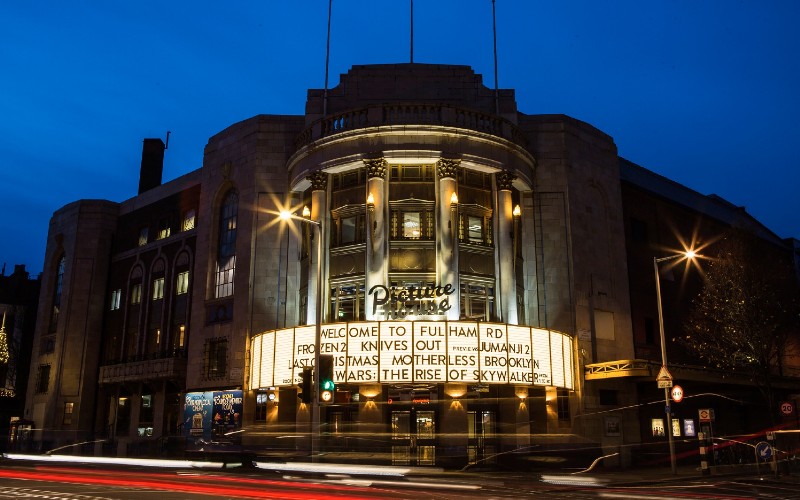 Whilst lockdown has given us the chance to get through all the movies on Netflix and Amazon Prime that we’ve been meaning to watch for ages, we’re ready to get back in front of a big screen again, and with a fresh batch of Oscar winners, we’ve got plenty of films on our list. We won’t have that much longer to wait as many cinemas in London are prepping for a May re-opening, with social distancing and safety measures in place of course. That means queues and one-way systems to get in and out of the screens; space between seats and rows; lots hand sanitiser stations; and contactless payments and perspex screens at tills.

The indie cinemas will be opening first, with some of the bigger chains following later in the spring/summer. We’ve got a list of venues and dates below, which we’ll be updating so do check back for more.

Genesis, Rio Cinema, Lexi, Prince Charles Cinema & Archlight – these will all be back in action from 17th May.

BFI Southbank – after a big refurb the BFI is back from 17th May.

Everyman – all the Everyman cinemas will re-open on 17th May, so get booking those sofas.

Curzon – the Aldgate, Victoria, Soho and Bloomsbury cinemas will open on 17th May with the Mayfair, Hoxton, Wimbledon and Richmond branches of Curzon following on 4th June.

The Castle – the Hackney cinema is prepping to re-open on 17th May on soft launch, with a full reopening on 21st May.

Rich Mix – the Shoreditch arts venue is re-opening its screens from 21st May.

Picturehouses – All Picturehouses in England, including the 12 locations in London, will be re-opening in late May.

Cineworld – All Cineworld cinemas in England will be re-opening in late May.

Regent Street Cinema – the historic cinema will be back from 25th June.

Peckhamplex, Odeon and Vue – opening dates for these are currently TBC.

Check out which outdoor cinemas are pitching up in town this summer here.