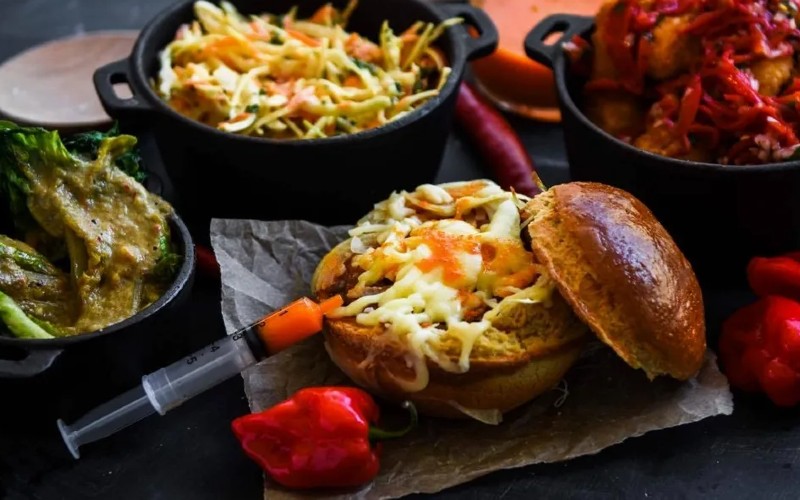 Calling all chilli fans! A dedicated chilli con carne spot has come to Shoreditch (taking over the Emile site on Curtain Road and currently running delivery only) and it’s serving a style of chilli rarely seen in these parts. Cincinnati Chillibomb, founded by Tim Brice (who’s run restaurants like The River Cafe and Kensington Place, and lived in Cincinnati as a youngster), showcases Cincinnati-style chilli, which is made using Mediterranean spices thanks to the influence of Greek immigrants in the city.

Tim is serving his chilli, both meaty and veggie, in a brioche bun (apparently the traditional way is to serve it with spaghetti!) topped with onions, cheeses and sauces like herby green sauce and smoky BBQ. You can get fries, corn ribs, coleslaw and BBQ beans on the side as well as syringes of Chillibomb Kicker sauces for you to inject into the bun if you like it HOT HOT HOT.