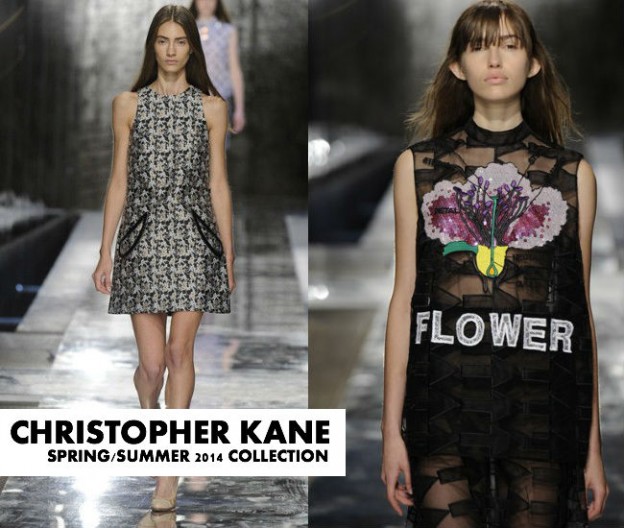 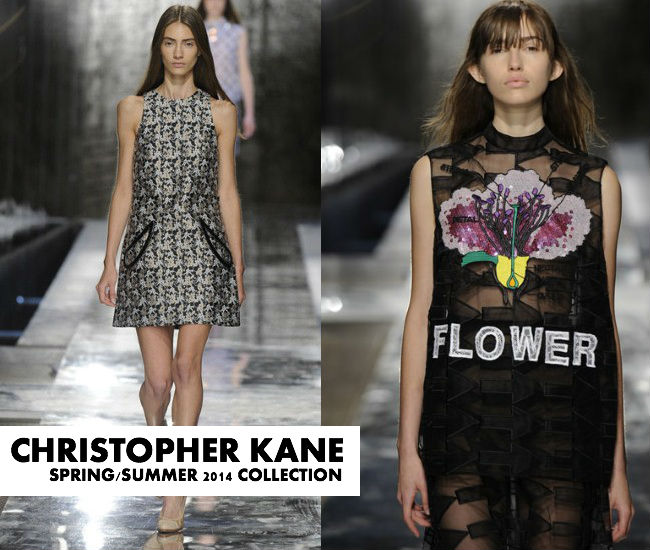 The sheer confidence and pioneering spirit is one reason we’ve been anticipating Christopher Kane’s new Spring/Summer 2014 collection, the other reason is his now-trademark quirky designs and individualistic approach to fashion. And judging from what’s in store for this year, it is little wonder why the likes of Donatella Versace and British Vogue can’t get enough of this Scottish star on the rise.

Based on “sterilized petals”, Kane’s Spring/Summer 2014 designs are appropriately all about flowers, though not in the conventional sense by any means. Rather than typical flowers serving as inspiration, the collection is instead based on dissected flora and the reproductive process of plants – and its correlation to women, of course. “We live because of flowers and trees,” he told Style.com when asked about his new collection which premiered in London last September. “They produce oxygen. But we take them for granted.” Kane added that science and medicine were also inspirations, especially the process of photosynthesis, and that his dresses were “like huge textbooks blown up”.

The 2013 premiere event saw models adorning pieces which were both delicate and strong, sensitive and sensual, metal-edged and petal-shaped – a work in contradictions and complexities but just as much beauty and elegance. Sharp black suits, feather-light lace dresses, iridescent silvery dresses and sensuous pale satin dresses whose straps criss-crossed the body and were pinned in place by metal crocodile clips rules the catwalk. Without a doubt, some of the most popular items will include the pastel crewneck sweatshirts that simply said ‘flower’ and ‘petal’ cut out in lace, while Kane topped it all off with an outfit which paired a sequined/embroidered flower diagram sweatshirt with a matching midi skirt. However, despite how fancy his design may get, the Spring/Summer collection proved that Kane will continue to retain his London street vibe and accessibility to the everyday shopper.

Last year the Christopher Kane label received investment from Kering, joining brands including Alexander McQueen, Stella McCartney and Balenciaga in the luxury conglomerate’s stable. Kane is expected to open his own flagship store on Mount Street before the end of this year, which means we won’t have to wait very long to see the new collection.