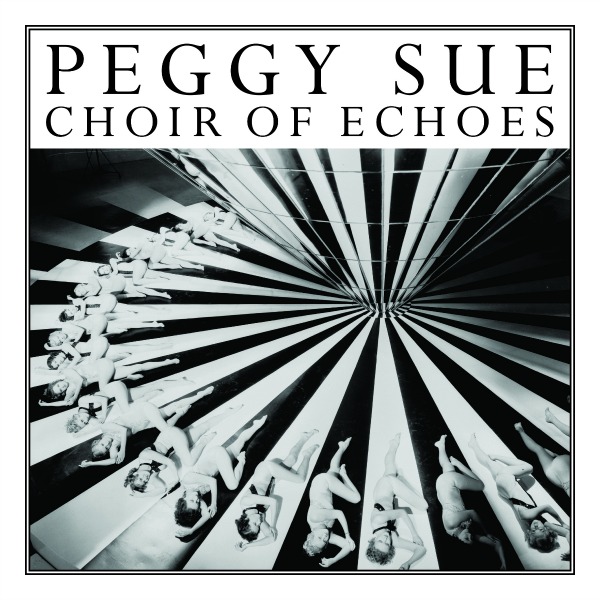 With their post folk harmonies and sensuous soul, Peggy Sue are a band that have been playfully dangling their feet into the mainstream for some time now. Originally under the moniker of Peggy Sue and The Pirates, you may remember them from the golden days of myspace – the era of estuary pop discoveries and outspoken songwriting. Since the release of 2011’s ‘Acrobats’, they have toured the length and breadth of North America twice over and recorded and self-released a cover of the soundtrack to ‘Scorpio Rising.’ In other words – they’ve been busy.

‘Choir of Echoes’ is a welcome return, and could very well be the album that turns things around for them. Where ‘Acrobat’ often felt like the wrenching end to a dark, tumultuous relationship, ‘Choir of Echoes’ feels like the tentative beginnings of a new one. That is to say, things are much more spiritual and hopeful here. There is much more soul, a touch more pop and a generous dollop of country that perfectly complements their typical raw and rough-hewn style.

The songs are certainly catchier, and Slade and Young’s harmonies sound better then ever. Tracks like the brooding ‘Esme’, the Welch-esque ‘Just The Night’ and the 50’s doo-woop-fest ‘Longest Day Of the Year’ mark a new, stronger sound. All of their fervid emotions are still there but they seem a little less overwhelming then before – they simmer rather then boil over.

‘Choir of Echoes’ is an album about singing. About losing your voice and finding it again” they explain. “Voices keeping each other company and voices competing for space. The call and response of the kindest and the cruelest words. Choruses. Duets. Whispers and shouts.”

From the sounds of it, the antes have been upped – and this could very well be the start of the best year yet for Peggy Sue.