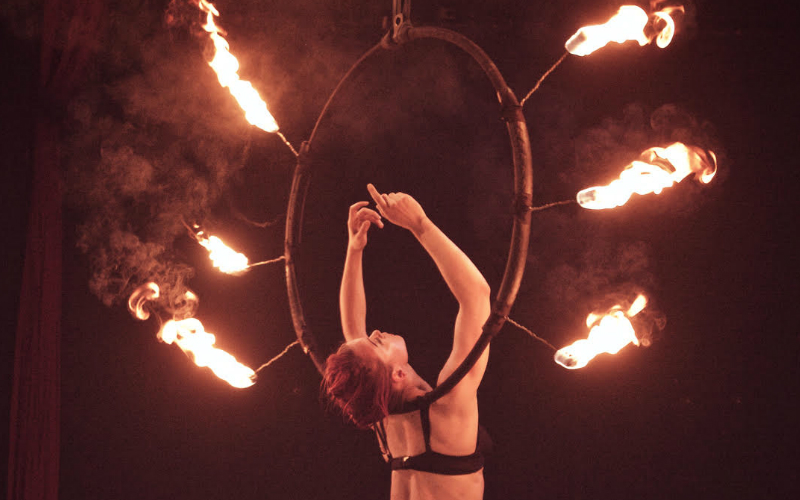 VAULT Festival returns to Waterloo this month and they’re kicking the 2017 edition off strong with a dark, immersive circus show from Chivaree Circus. Becoming Shades is a re-telling of the myth of Persephone, complete with live music, aerial acrobatics, fire and dance. The production has been especially adapted for VAULT Festival, moving from a traditional stage set up to a truly immersive event, with the long vault tunnel being transformed into Hades and acrobatics going on overhead. It’s circus but not as you know it.