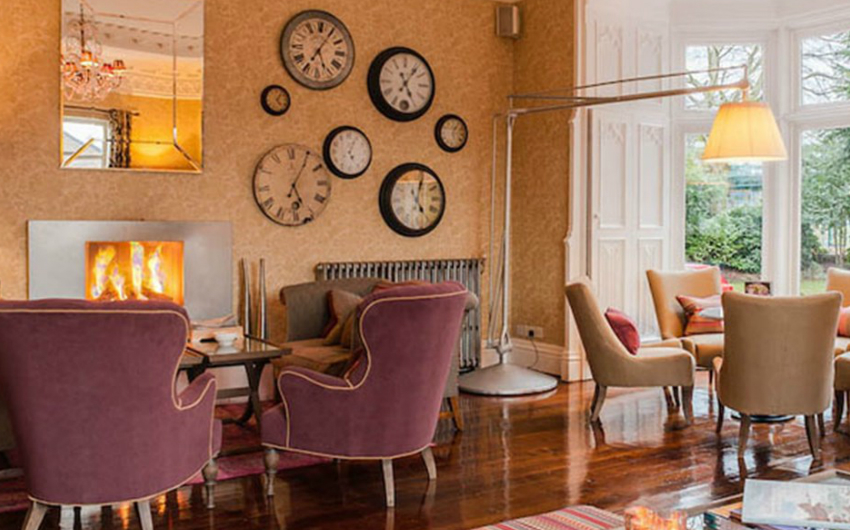 Just four miles from Manchester city centre (although you’d never be able to tell it was that close) is the Victorian villa turned boutique hotel Didsbury House. With just 27 bedrooms its the perfect place for a chilled stay in the village. Operated by Eclectic Hotels, who have another place in Didsbury and two hotels in the city centre, Didsbury House is designed to feel as homely as possible.

The two lounges at the front of the property make the most of their period features, like large bay windows and original fireplaces, and there’s plenty of plush sofas and armchairs to relax in. You can also kick back in the snug bar, which is decked out with lots of wood and leather, or if it’s not raining, out on the walled terrace. The rooms range in size, with the larger suites more like loft apartments, and they too have been set up to feel super cosy. Most of them have free-standing roll top baths (so make sure you set aside time for a good old soak) as well as monsoon showers, large comfy beds and when we say large we mean MASSIVE, soft fabrics, televisions with Sky channels, stereos with iPod docks and complimentary butler trays.

Brekkie is found in their basement but don’t worry, it isn’t dark or gloomy; there’s plenty of natural light to be found whilst you are sipping on your juice and waking up with the help of their cooked breakfasts. We found our stay to be every bit as relaxing as we’d hoped.