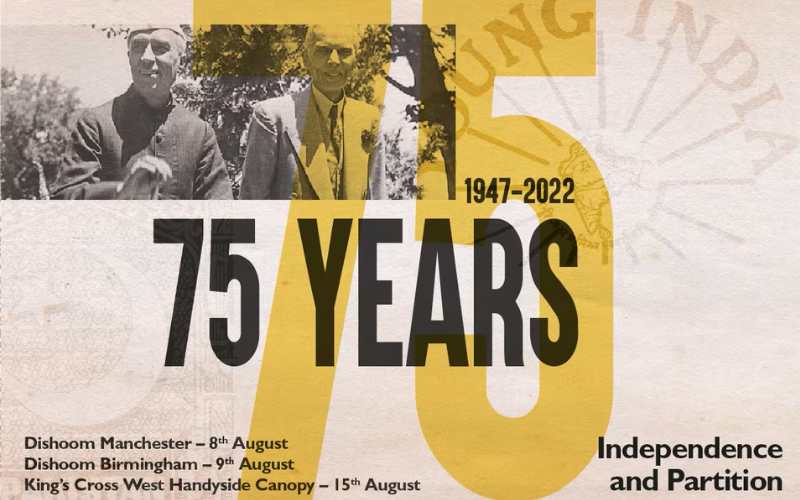 15th August will mark the 75th anniversary of Indian Independence and the creation of Pakistan, so to celebrate and acknowledge the stories of those who lived through the partition, Dishoom will be hosting an evening of special guests, live music and food. The event comes as a collaboration between Dishoom’s co-founder Shamil Thakrar and author Kavita Puri whose book, Partition Voices, tells the previously untold stories of the millions who made life-changing journeys after the 1947 partition of the Indian subcontinent. After kicking off with two celebratory evenings at their Manchester and Birmingham branches, Dishoom will hold their finale at the West Handyside Canopy outside of their King’s Cross site. Expect talks and Q&As with Sarah Mohammed and Mohindra Dhall MBE, a communal feast enjoyed on long sharing tables under festoon lighting and live music performed by renowned musician Soumik Datta.