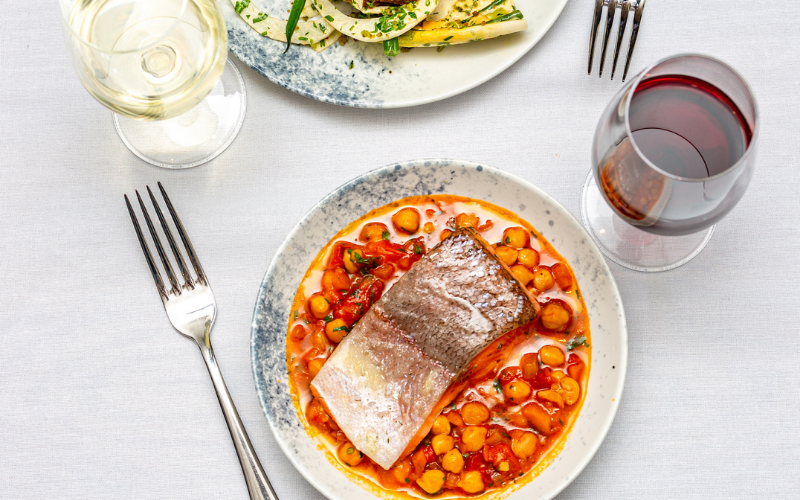 Fin and Lorcan Spiteri, the brothers behind Studio Kitchen, are set to open their second restaurant next month and this ones gonna be floating on the Regent’s Canal. The brothers originally took over the ex-office barge during lockdown, converting it to create extra dining space during the pandemic and now they’ve turned it into a 40-seater floating restaurant featuring an open kitchen and bar.

With Lorcan previously working at Quo Vadis, Oldroyd and Rochelle Kitchen, we can expect a regularly changing a la carte menu which will serve simple and hearty French-inspired braises alongside fresh Italian pastas. Dishes include the likes of sesame prawn toast with spice tartare; confit duck rissoles; roast hake with curry sauce; white crab tagliatelle with fennel and garlic; and crispy pork belly with an anchovy and garlic paste. When it comes to the bar, Fin is serving up Caravel’s pre-mixed cocktails which feature a blood orange margarita, a rhubarb Negroni and a rum and coke Old Fashioned, alongside wine from independent producers. Sounds like a place we’ll have no problem getting on board with.