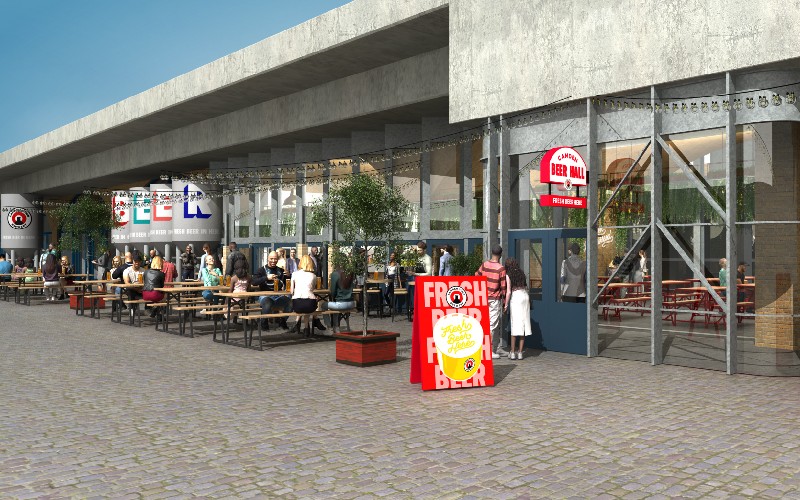 The Camden Town Brewery crew are bringing a little bit of Bavaria to NW5 as they’re turning their brewery bar into a beer hall. Opening this summer, the Camden Beer Hall (which is three times the size of the original bar, so that means more tables and more beers) will feature 24 taps on the bar, including the classic Hells, Pale and Off Menu IPA, alongside exclusive small-batch beers that’ll be only be on tap for a month. And because the beer hall is right next door to the brewery, all the beers will be fresh from the tanks.

You’ll be needing some food to go with all that beer and that’ll be coming courtesy of Theo Randall, who has created a menu that blends his love of Italian cooking with Bavarian beer hall-style grub. That means focaccia-based pizzas topped with the likes of grilled aubergine, nduja, scamorza cheese, roasted fennel and porchetta; fresh baked pretzels; burrata with roasted asparagus; pappardelle with slow-cooked beef and chianti tomato sauce; vegetable fritto misto; grilled Hereford sirloin with borlotti beans and beets with salsa verde.