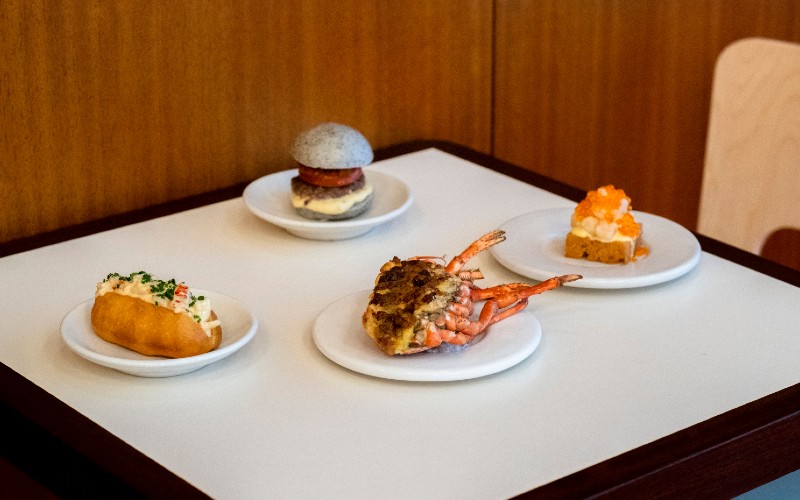 We’ve known about Bao opening in King’s Cross for a while but now we’ve finally got the deets on what the fourth site in the group will be like. It’s going to be called Cafe Bao and it’ll be inspired by Bolero, the oldest restaurant in Taiwan and Yōshoku cuisine (that’s a nostalgic take on Western cooking commonly found in Asian cafes).

A first for Bao, it’s going to be open all day…. and yes that means breakfast, which will be coming a bit later after opening. The day menu will feature hamburger bao, lobster bao, fried chicken XO butter kiev, their lonely man logo rendered in flan, and BAOfiteroles with Horlicks ice cream & chocolate sauce. We’ll take one of everything.

The site will also be home to Bao Bakery Goods, which you may already have come across thanks to their limited edition celebration items. BBG will serve up a range of baked goodies to eat-in or takeaway, including chocolate & salted egg ‘muffin’ bao, salted caramel bao cookies, and meat sauce & cheese pizza bao, as well as running a bespoke bao making service.

Check out our other fave King’s Cross hangouts right here.

A BIG HILL IS BEING BUILT IN MARBLE ARCH (12)

THINGS YOU CAN DO IN LONDON WITHOUT SPENDING A PENNY (10)

THIS RUNNER CREATES GPS ART ON HIS RUNS (8)

THERE’S A CAMPAIGN TO BRING BACK THE CRYSTAL… (8)