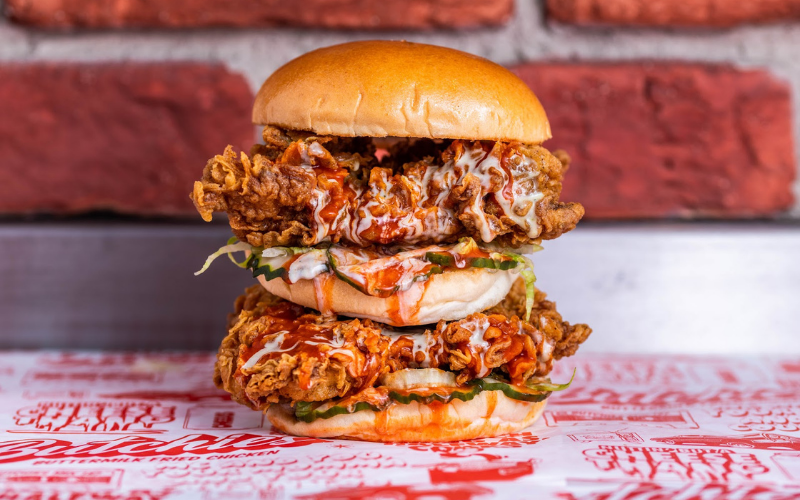 Butchies, one of London’s fave buttermilk fried chicken joints, is making its way over to Ealing with what will be its sixth and largest site. The new 45-cover spot will be just a stone’s throw from Ealing Common and feature a 20-cover outside area overlooking the green space too.

Expect to see all the Butchies classics on the menu, including their famous fried buttermilk chicken sandwiches like The Original with house pickles and Butchies’ OG sauce, as well as Jenny from the Block featuring guacamole, chipotle mayo and smoked streaky bacon, alongside other regulars like their buffalo wings, buttermilk chicken tenders and halloumi fries too. PLUS, to celebrate its launch into their new neighbourhood, Butchies will not only be giving the first 100 guests a FREE chicken sando on opening day, but will also be donating meals to local homeless charity Ealing Soup Kitchen. Count us in.