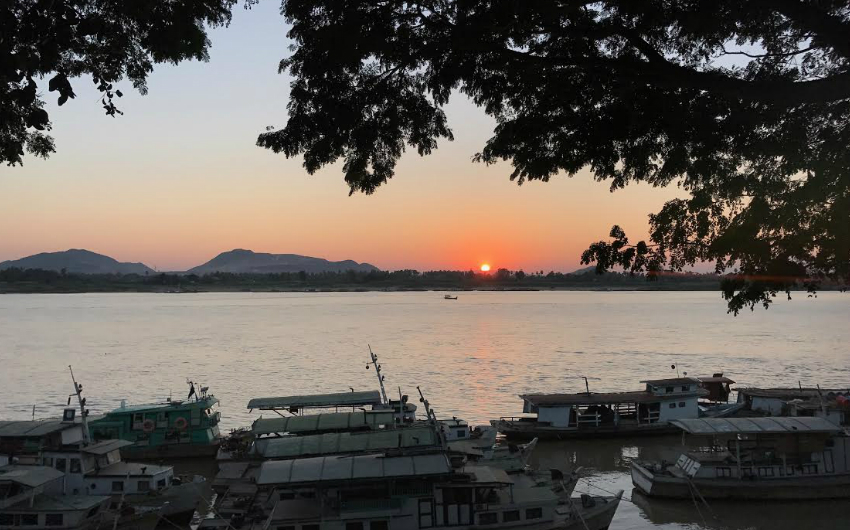 From Bagan we needed to make our way to Mandalay, Burma’s second city, and we chose to take a private taxi rather than plane so we could relax and see some of the countryside. To spilt up the journey we decided to spend a night in a small town called Monywa which was roughly half way and on the way there we stopped at the Powin Taung cave temples.

The temples are carved into stone caves by hand and there’s hundreds of them – it’s pretty impressive handy work. The area is over run by dozens of monkeys which cause quite a riot, fighting between themselves and scavenging for food. They are however super cute and won’t harm you as long as you don’t go poking them – plus how often do you get to see monkeys in the wild? It’s like an episode of Planet Earth.

After spending an hour marvelling at the caves and monkeys we made our way to Monywa. A laid back town on the river Chindwin, Monywa doesn’t see many travellers (we counted two other western tourists) but it does have plenty to keep you entertained, including a very impressive night market around the central clock tower plus a very nice sunset over the river. We spent our evening moving from market stall to market stall, eating everything from fresh papaya salads, chipatas, Shan noodles and spring roles filled with everything from potatoes to prawns and bananas – it was some of the best food we had anywhere in the country.

We stayed at The Chindwin Hotel which is located right by  the night market. It’s pretty basic & run down and unless you find a very cheap deal (ours wasn’t) we wouldn’t recommend it!