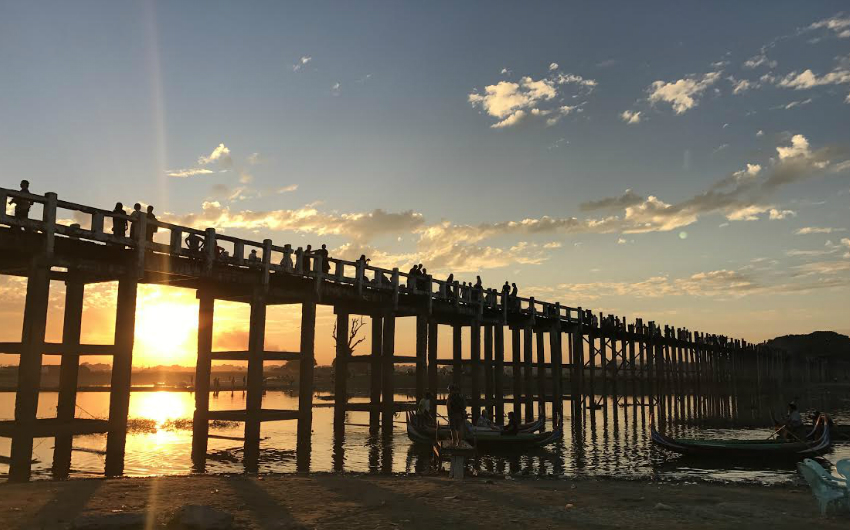 Mandalay is Burma’s former royal capital but these days it makes do with just being Burma’s second largest city, and there are a couple of very good reasons to make a stop here. First is its proximity to the famous U Bien Bridge and second is the food, which is influenced by the large Indian and Chinese communities that live here. We stayed at the Mandalay City Hotel which is a welcome oasis in a bustling city with quiet pool and nice rooms.

On day one we spent our time exploring the city, stopping to eat papaya salads from street food vendors and enjoying a dinner at Nay, one of the street food stalls near to the hotel which surround the mosques. The fresh chapatis, beef curry and mutton keema curry were full of flavour and as cheap as chips. It was so good, in fact, that we went back the next night for a second dinner…

During the day we potted around Zay Cho Market which is mostly fresh produce but interesting to see the huge stalls selling dried fish, chillis and noodles. We had lunch in the tea house Min Mahar which has an English menu however we only saw locals and the pricing was definitely local!

After lunch we made the cycle to U Bein bridge renting bikes from Mr Jerry – bikes that had definitely seen better days! The 11km cycle is pretty far but set off at 3pm when the midday sun is a little cooler and you’ll be fine – although unless you cycle at home (we do in London) you might wanna take a cab. The roads are MENTAL.

The U Bein bridge is one of the most photographed spots in Burma and like in Bagan we found ourselves posing for photos with many locals who were fascinated to see foreigners. It was dry season which meant there wasn’t much water but we got an insight into the lives of the Burmese people, watching farmers painfully plough the fields with two buffalos, kids playing football matches and monks gathering to watch the sunset. We had planned to leave before darkness but that didn’t happen as the sunset (and cold beers) sucked us in which meant cycling back in the dark. Not such a great idea. 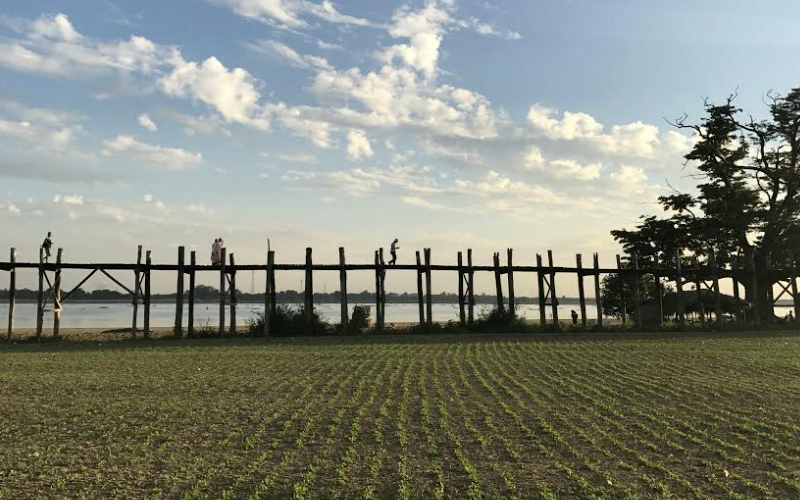 Back in one piece, we returned the bikes and stumbled across another street food Indian stall equally as delicious as Nay with rich mutton and beef curries and more fresh chapatis.