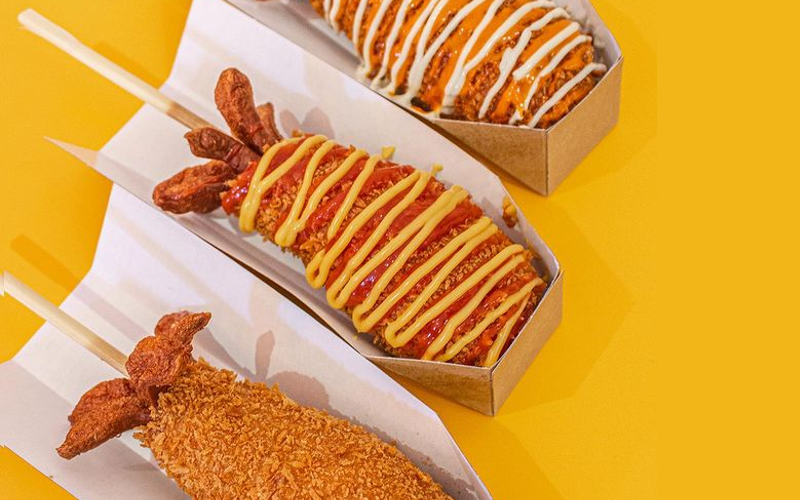 If you’ve been down Charing Cross Road any time in the last six or so months, you’ve probably seen a queue snaking out of Yellow-fronted spot Bunsik, which has become famous for its Korean corn dogs. Well now you’ll find similar lines on Villiers Street, right by Charing Cross station, as Bunsik number two is opening there soon taking over the old Herman Ze German site. Goodbye Hot Dogs, hello Corn Dogs.

The menu to be very similar to the original (if it ain’t broke), with the six types of corn dogs, including the potato mozzarella, the cheese and cheese and the octo legs, joined by ddukbokki (fried rice cakes with spicy sauce), chicken mandu, kimbap, and deep fried seaweed rolls. The new site will also be serving up ramyeon (Korean noodle soup) and deep fried chicken in a gochujang sauce. And remember, if you don’t Instagram your corn dog, did you even eat one?

To celebrate the opening, Bunsik will be giving away FREE corn dogs for the first 50 people through the door on launch day, so get down there early!