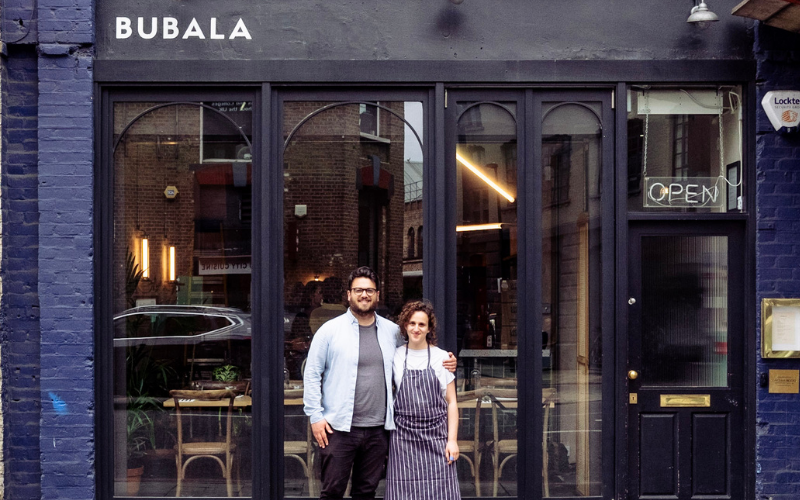 We’ve been big fans of Bubala ever since it opened in Spitalfields in 2019 so we’re excited to hear that founder Marc Summers has a second site is on the way. Opening in Soho in July, on the site where Vasco & Piero used to be, the new 50-cover Bubala will follow the same formula of serving up excellent veggie Middle Eastern food, and this one will also boast an eight-seater counter bar so you can watch all the action from the open kitchen.

In said kitchen Executive Chef Helen Graham will be cooking old faves like that halloumi with black seed honey and confit potato latkes with toum & Aleppo chilli, alongside new creations that make use of the restaurant’s yakitori grill, including leeks & amba skewers, Chinese cabbage with preserved lime & maple skewers, and cauliflower with bkeila, velvet tomato & yoghurt. Those of you with a sweet tooth will be looked after too with the likes of baklava semifreddo and malabi with sour cherry and peanut & black sesame brittle on the pud menu. Alongside all that food there’ll be wine on tap, natty wine in bottles, beers from across the UK, and gazoz sodas (homemade seltzer mixed with fruits, flowers, herbs & syrups) – sounds like a surefire hit to us.