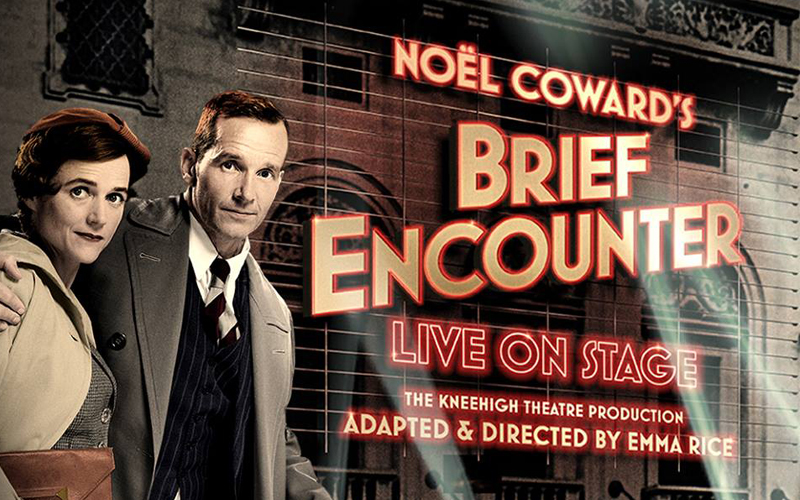 Based on the classic Noël Coward film – itself inspired his one-act play, Still Life – Brief Encounter tells the story of a married woman who falls in love with a man she meets at a railway station, and the moral dilemma into which she’s thrown. The 1945 film has been ranked among the greatest movies of all time, and Rice playfully acknowledges the story’s silver-screen roots, by switching between film and live action.

As she says, her production ‘combines the romance of cinema with all that live theatre can offer; magic, passion, surprise, suggestion and naughtiness.’ Starring Jim Sturgeon as Alec and Isabel Pollen as Laura, and produced by David Pugh & Dafydd Rogers, Jenny & Steve Wiener and The Old Vic, it’s on track to be a night out to remember.