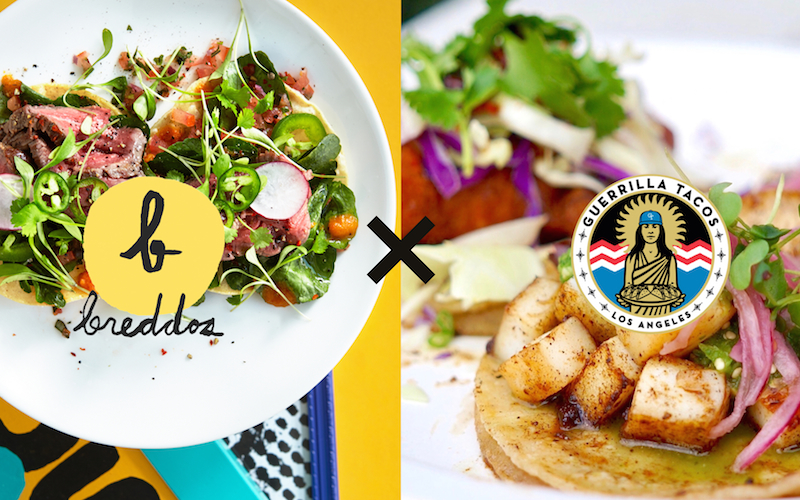 Tacos, Tacos, Tacos everyone’s talking about ’em AND now there’s another reason to talk about our FAVE new taco joint Breddos Tacos. Oh yes, because they have just announced deets of their first ever TACOVER with Guerrilla Tacos who’ll be coming all the way from LA for three days of Mexican madness.

From the 20th – 22nd January, the two taco powerhouses will be cooking together at Breddos Tacos new home in Clerkenwell. It kicks off with a spesh ticketed dinner (Get ’em fast these will SELL OUT) followed by a full day Guerrilla Taco takeover on Saturday and an all-day taco and mezcal party on Sunday (sick notes at the ready).

Suddenly January ain’t looking so bleak after all…