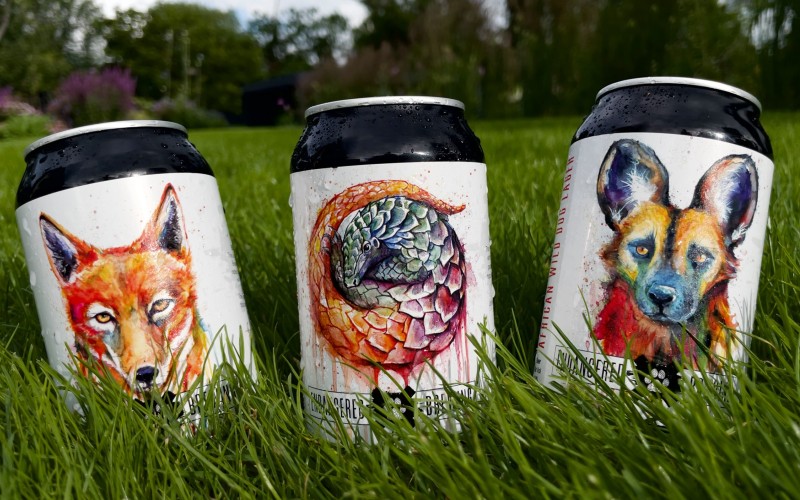 There’s nothing quite like cracking into a can of ice-cold beer but the thirst quench hits different when you know that the beer you’re drinking is also doing some good. Endangered Brewing, founded by partners Alexandra and Delphi, just does that – they raise awareness of endangered species by featuring different animals on their cans and they support conservation work by donating 10% of the sales from their craft beers to the Born Free Foundation.

There are currently three beers in the range – African Wild Dog Lager, Pangolin Pale Ale and Ethiopian Wolf Wheat Beer – with each one representing a different endangered animal. Several wild dog populations across West and Central Africa face extinction; the pangolin is the world’s most trafficked mammal, hunted for its meat and scales for use in traditional medicines; and the Ethiopian wolf is the world’s rarest canid, with only 500 of them left in existence. As well as being named after each animal, the labels of the beers feature original artwork by renowned wildlife artist Marc Allante, with Endangered Brewing’s ultimate goal being to remove the animals from the cans completely when the species are no longer considered endangered.

As well as helping to protect these animals, the brand tries to be good to the planet too and keep things eco-friendly; they use local raw materials, source their hops and malts from the UK, and use recyclable cans, labels and packaging. So next time you’re thirsty, pick up a pack of Endangered Brewing beers and help save the pangolins, African dogs and Ethiopian wolves.