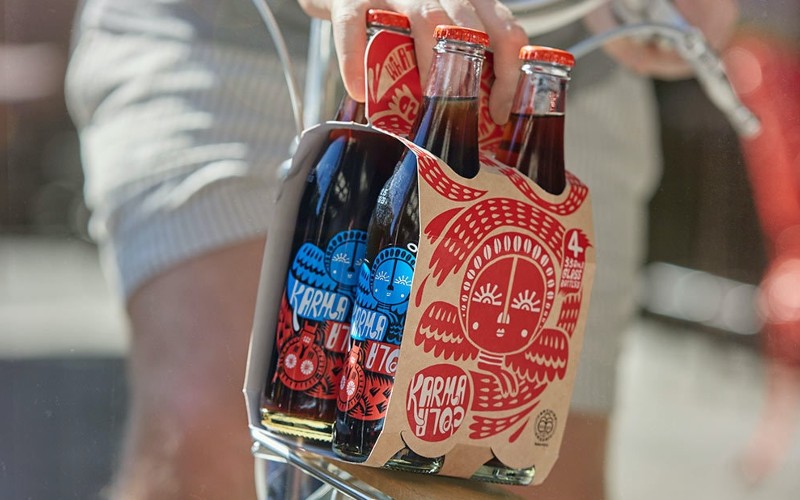 Fizzy sodas don’t have the best rep but Karma Drinks is one brand that’s proving that they can taste good, be made from proper ingredients and also do good too. All Karma products are Fairtrade, organic and contain natural ingredients, like raw cane sugar, Sicilian lemons for the Lemony Lemonade, Sri Lankan ginger for the Gingerella Ginger Ale and cola nuts from Sierra Leone for the Karma Cola.

It’s through those cola nuts that Karma does its good, unlike the big cola brand that has co-opted the name (and doesn’t even use the real thing in its drinks anymore). 1% of each drink sold goes to The Karma Foundation, which was set up to help improve the livelihoods of the cola nut growers the company works with in Sierra Leone. The Foundation works with eight communities in Tiwai to improve access to education, develop infrastructure and build independence through trade. Working alongside the communities leader Chief Kadie, the Foundation has been able to send 614 children to school, build four schools, fund eight teachers, create 133 yearly busaries for girls to get their education, support 33 entrepreneurs in launching new businesses, build roads and bridges, and maintain a health fund for the communities to receive urgent medical care.

And as well as giving back to the growers in Sierra Leone, Karma partners with One Tribe to plant 25 trees in the rainforest for every case of drinks sold via their website, so therte’s even more reason to stock up on sodas.