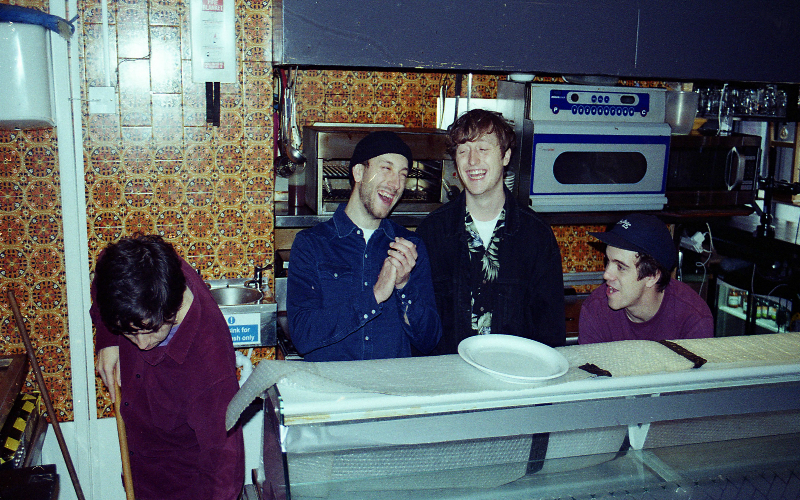 Boy Azooga, led by Davey Newington (with Daf Davies, Dylan Morgan and Sam Barnes forming the live outfit), has shared the video for latest single ‘Breakfast Epiphany’, taken from their debut album 1,2 Kung Fu!, which dropped today. Directed by Toby Cameron, the vid follows Davey on a day out around Cardiff. As he explains, “Breakfast Epiphany is the first track off the record, I came up with the chorus lyric in the shower and just kept repeating it again and again so that I didn’t forget the lyrics before I could write it in my phone notes. Having said the lyrics over and over to myself so as not to forget them, I thought I would do that in the actual song too, like a chant or something….The video was really fun to record, my friend Toby Cameron and I just went for a day out with his camera. We drank Guinness, bumped into old mates and walked around Cardiff. Good times!”

1,2 Kung Fu! is out now on Heavenly Recordings.