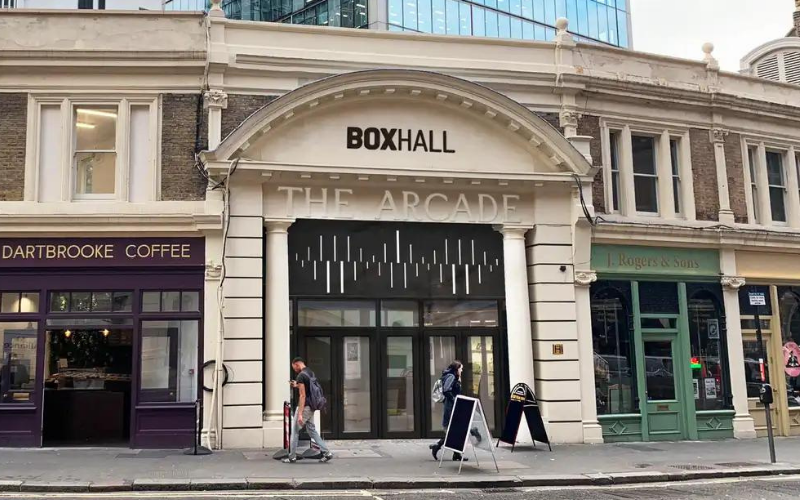 Boxpark, which boasts sites in Shoreditch, Croydon and Wembley, is known for turning shipping containers into pop-up shops and street food kitchens, but now the group is taking on actual bricks and mortar (and pretty grand ones at that) for its next act. The new venture, dubbed BoxHall City, will be a transformation of the historic Metropolitan Arcade by Liverpool Street station, which has been there since 1912, into an all-day food, beer and music hall venue.

Boxpark has signed a 15-year lease with TfL to take over the 17,000 sq ft site, which will house two bars specialising in a range of draught, tank and craft beers, and 16 kitchen units. It’s early days as BoxHall isn’t due to open until the summer of 2023, so we have no idea who the traders will be yet, but we do know that this is only the first one planned for London, so watch this space…