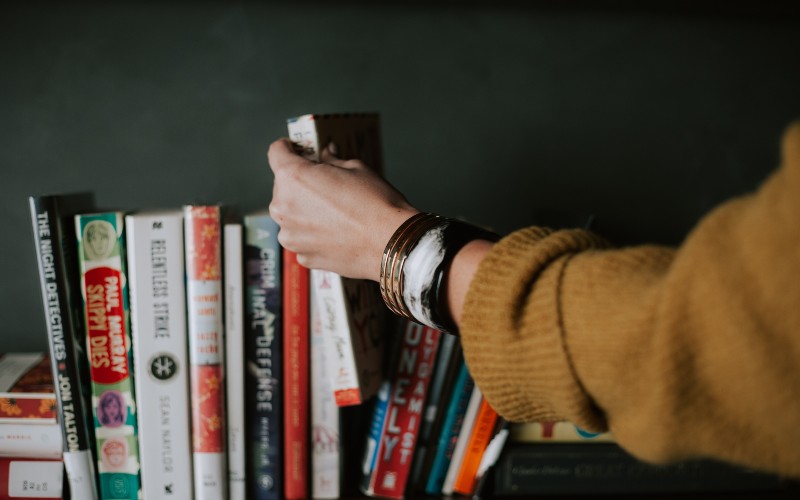 It’s time to load up on fresh new books to read. Here are five recs to get on your reading list, and if you like to pick up books in person, check out our fave independent bookshops right here.

Recently adapted into a Netflix movie by Noah Baumbach, starring Adam Driver and Greta Gerwig, Don DeLillo’s White Noise is a postmodern classic. DeLillo writes with wit in this subtle satire about consumerism, family life, fear of death and the ‘airborne toxic event’, exploring the absurdity of 80s Americana and its characters. Since the movie has (somewhat) demonstrated this book’s ‘unfilmable’ reputation, you might as well read it instead.

Set over many decades on the Korean island of Jeju, from the Japanese colonialism of the 1930s right up to the early 2000s, Lisa See draws you into the world of the haenyeo, the famous female divers of Jeju, and the lives of two friends Young-sook and Mi-ja, whose bond is tested by the turbulent events the islanders have to endure. Once you’ve dived in, you won’t be able to stop reading.

The Passenger is Cormac McCarthy’s first novel since the Pulitzer Prize-winning The Road, published 16 years ago. Together with the accompanying Stella Maris, which came out just a few weeks after The Passenger, they are likely to be the last novels we see from McCarthy, who is now 89. Roaming around 80s New Orleans we meet Billy Western, a physics and maths genius (whose father helped develop the atomic bomb), currently drifting through life as a salvage diver for hire. An early bit of intrigue involving a missing passenger from a plane wreck that Western gets sent to investigate seems like it’ll form the crux of the novel, but fans of McCarthy will no doubt enjoy the fact that this quickly fades into the background as we learn more about Western and his past through his misadventures. Driven into hiding by forces both external and internal, Western finds himself alone in several different unforgiving places throughout the book, returning to New Orleans to mingle with addicts and barflies before making a final decisive break. As always with McCarthy, the writing is at times jaw-dropping and you’ll find yourself reading passages over and over again to fully take it all in. For fans, it’s a must-read, a beautiful swan song from one of the greatest novelists of our time.

Nobody Will Tell You This But Me | Bess Kalb

You’ll be laughing through your tears whilst tucking into Nobody Will Tell You This But Me. Narrated by TV writer Bess Kalb, she channels the voice of her late Brooklyn-born grandma Bobby in this memoir that shares old voicemails, bits of advice and phone calls they once shared, all as if Bobby was sharing them herself. It’s probably unlike anything you’ve read before (it the best kind of way) and one that you’ll keep by your bedside for a longtime.

A fig tree as a narrator might sound a little strange right off the bat but once you’re immersed into Elif Shafak’s novel, which is split between modern day North London and 1974 Cyprus, it just works. The tree is the connection between Greek Kostas and Turkish Defne’s story, who fall in love in secret right as war breaks out in the country, and their daughter Ada’s story, who has never been to the island where her parents were born and who is trying to untangle the secrets of the past. A great book that also delivers an excellent history lesson at the same time.