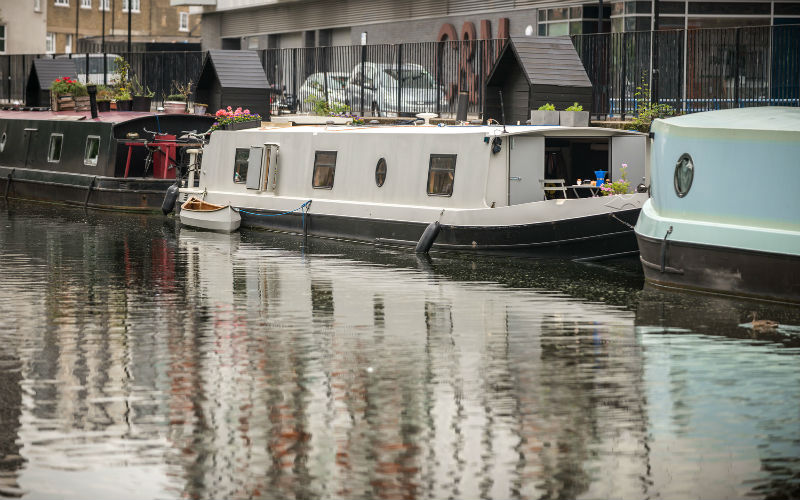 Does the idea of holidaying on the water float your boat? Well, now you’ll have to look no further than Gainsborough Wharf, where two luxury canal ‘boatels’ have moored up, perfect for a naughty-cal weekend. These aren’t any old canal boats however, as both the Osbert and The Palmer are designed to be spacious and have the feel of a luxury hotel room, with all the facilities you would expect from a self-catering apartment. This includes a proper, working bathroom, kitchen, water, electricity – with all the mod cons and a few luxury extras, including bedding and towels.

As part of your stay, you can also expect a breakfast hamper, stocked to the brim with locally made products, such as breads, milk, eggs, bacon… or anything else you might have a hankering for. If you don’t fancy leaving the boat all weekend, you can also choose a fully customisable artisan hamper, with treats from loads of local suppliers such as Brindisa and the Crate Brewery. The Palmer, which is the bigger of the two boats sleeps up to four, though you won’t feel cramped with a separate double bedroom and a large, open plan living space that also includes a wood burner for cosy evenings. It also has two private decks for you to watch the world go by and for feeding the ducks. The Osbert, which sleeps two is perfect for music lovers, featuring a record player and a specially selected vinyl collection, curated by Late Night Tales.

For stress-free weekend, where all of your worries wash away, you wouldn’t ‘water’ go anywhere else. Prices start from £180 per night, book via the website.