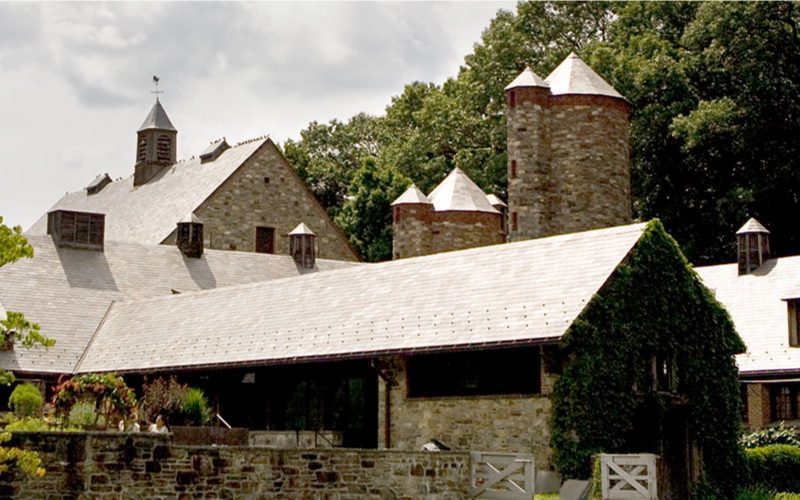 Blue Hill at Stone Barns is situated in a beautiful, picturesque farm building set amongst the Pocantico Hills in upstate New York. Surrounded by greenhouses, vegetable gardens, and grazing animals, this is a fully working farm and agricultural centre, that since 2004 has also been home to one of the world’s best restaurants. With Dan Barber at the helm Blue Hill at Stone Barnes has receieved worldwide acclaim, with its own Chef’s Table episode and rising to number 11 on the World’s 50 Best restaurants list. Barber is passioante about tackling food waste and you might have even tried his’s food before at his Wasted pop-up on the Selfridge’s rooftop in 2017. Make sure you arrive an hour before your reservation at Blue Hill and walk around the grounds, before enjoying a glass of fizz on the lovely outdoor terrace.

Ordering is not the done thing here. Instead there is a small booklet on each table that lists some of the produce that might appear on the menu according to the particular month you are there. There is one set price of $258 and then you are in the hands of the chefs and the season; the majority of the menu is plant-based but there are some fantastic interludes of fish and meat too.

We began with a few fresh crunchy vegetables, raddishs and lettuces straight from the field, plus pickled chillis – if this doesn’t sound that interesting then think again. Who knew a raddish could taste this good! There followed more bounty from the garden, artichokes and fresh new-season rhubarb before a beautiful selection of seafood: finely chopped razor clam served in it’s shell: and sea urchin with kabocha squash. Other highlights included a bread course which we had standing up in the bakery chatting with the chefs. Not only to Blue Hill bake their own bread, they grin their own flour daily. Now that’s comittment. Then there was the lamb served with a gravy that had been mixed with the leftover pickle juice from those chillis. It was both an inspired way to use something that would otherwise have been thrown away and also one of the most delicious sauces we’ve ever had.

Blue Hill at Stone Barns is definitely one of the best meals we’ve ever had. Their dedication to the produce they grow and reducing food waste goes far beyond the lip service paid to such ideas by other restaurants. If you can save up for this one we can highly recommend it. And if you can’t quite stretch that far, our tip would be to come up here anyway and enjoy the scenery and the cafe – the bread is worth the trip alone.