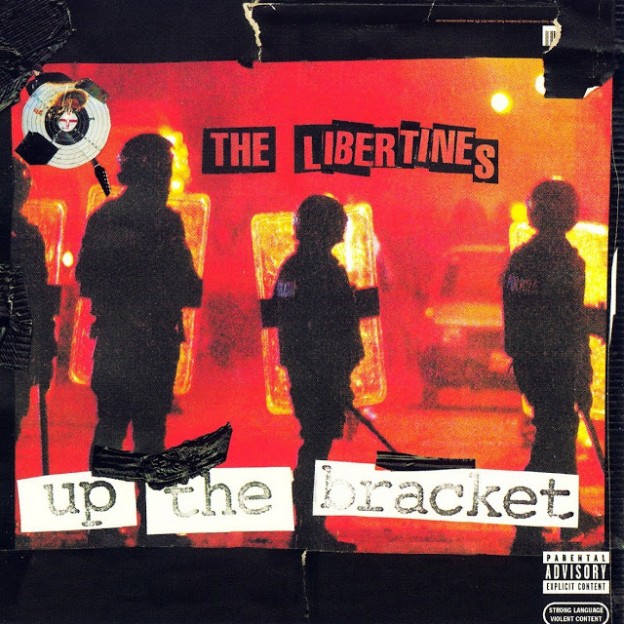 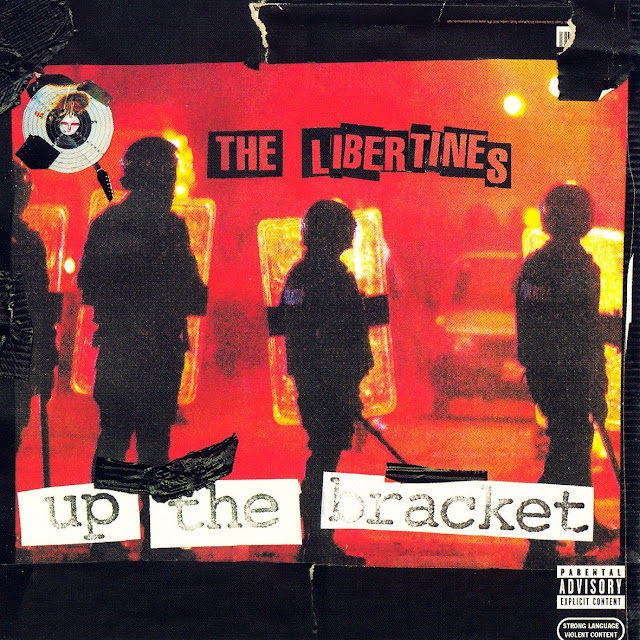 The Libertines became NME darlings overnight, with magazine images of the four-piece draped with the Union Jack to symbolise their Britishness, at a time when garage-rock was owned by the Americans. Bar a few passing references to the energy of The Clash, or the poetic mastery of The Smiths, The Libertines were unlike any other modern British rock outfit.

Aside from Powell’s loud and varied drums, the instruments on ‘Up The Bracket’ are not particularly mastered, nor are Barat or Doherty’s voices going to win any singing competitions. But this isn’t the point; the riffs and melodies are suitably and subtlety present amongst the mess, and the layering of Barat and Doherty’s slurs and shrieks just works.

Drugs, sex and general rock and roll lead as the main subjects of the songs, but there is a strong undercurrent of social commentary and cultural reference that drag many of the lyrics into poetry. Take the rock and rolling line: “Oh they all get them out, for the boys in the band” from ‘Boys in the Band’, in contrast to the poetic: “We’ll die in the class we were born, that’s a class of our own my love” from ‘Time for Heroes’.

Highlights of the album include second track ‘Death On The Stairs’ in which you sense Doherty’s vulnerability before it explodes, drums crashing, into third song ‘Horrorshow’ the final verse of which offers the line: “I’ll show you a picture, a picture of tomorrow, nothing’s changing, it’s all sorrow” portraying a relationship with drug addiction long before the tabloids took their jibes. Fourth track ‘Time For Heroes’ shows off poetic flair and social commentary only rivalled by the seventh album title track ‘Up the Bracket’, which opens with a sharp scream to tell a sprightly tale of Doherty being chased around the streets of London. ‘Tell the king’ and ‘The Good Old Days’ manage to round off the album with more sombre tones and insightful lyrics such as: “There were no good old days, these are the good old days”. On reflection, the only real particularly dull moment of the entire album comes in the form of the droning acoustic sixth track ‘Radio America’ which loses the album’s momentum midway and would have fared better as the closing track, or not actually included on the album at all.

After ‘Up The Bracket’, The Libertines’ self-titled second album came shrouded with in-band fighting and ultimately, Doherty’s well-publicised exit. Both key members of the band, Barat and Doherty, never quite managed to reach such prestige with either of their further projects – The Dirty Pretty Things and Babyshambles respectively, but ‘Up The Bracket’ has managed to hold its own. It is a great album which paved the way for British indie in the early noughties, with many new bands replicating their dilapidated sound, but never quite matching the lyrical greatness or overall package of debauched yet sensitive rock and roll which ‘Up The Bracket’ mastered.