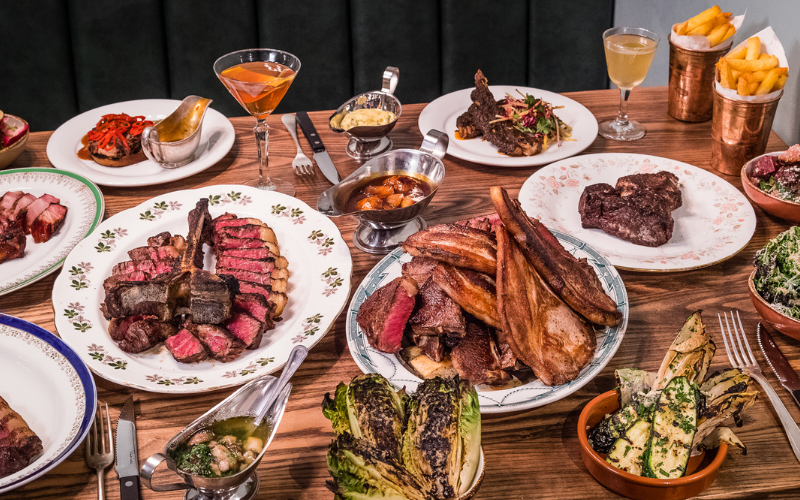 There’s been a steady stream of big-name openings in Canary Wharf over the past two years, including Hawksmoor, Dishoom, Six by Nico and Caravan, and now Blacklock is adding its name to that list. The group’s fifth restaurant, its biggest one yet at 4000 sq ft plus an outdoor terrace, will be opening in a warehouse underneath the railway tracks in Canary Wharf’s North Dock. It’s certainly going to look the part, with a 10-metre bar, reclaimed panelling from HMS Ark Royal (which was docked at the wharf) and vintage cocktail trolleys.

Cornwall-based Philip Warren Butchers, who have been supplying Blacklock with sustainable and regeneratively farmed meat since day one, will be providing the goods for the new restaurant, which’ll be serving up all the faves you’ve come to know and love, like the Cull Yaw crumpet, the All In chop platter, the Sunday roast, and the tableside white chocolate cheesecake.

There’ll also be some brand new dishes on offer, including the first-ever Blacklock Bar Food menu and treats like pig’s head nuggets and lamb scratchings, to make full use of the group’s largest seated bar yet. Bring on the meat sweats we say.