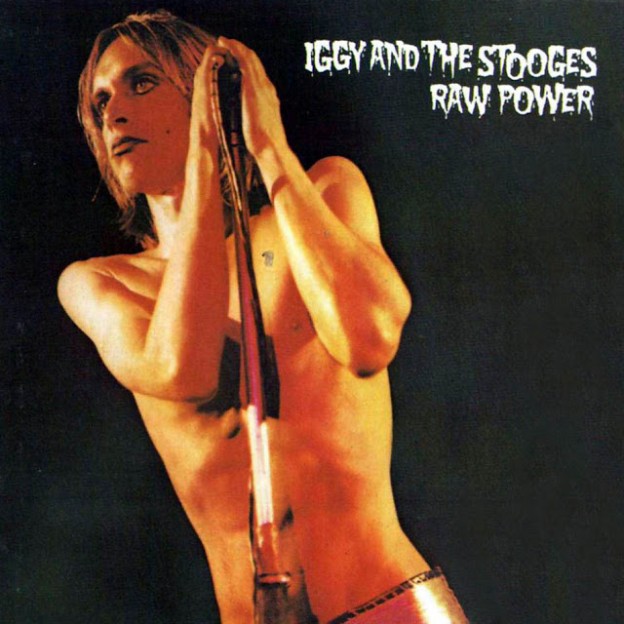 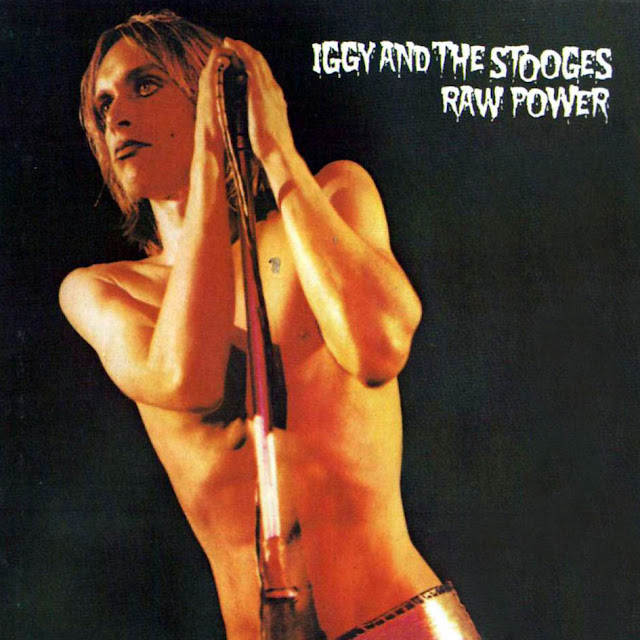 ‘I’m a street walking cheetah with a heart full of napalm’ is the opening line of Iggy and the Stooges’ third album ‘Raw Power’ released in 1973. An album which grabs you instantly taking you on a dancing crusade through dirt and grime that rattles your soul. So powerful and fearless the shear rush from these eight tracks leave you feeling immortal.

With two unsuccessful albums prior to Raw Power the band had dismembered and were in no fit state to record another. Bassist Dave Alexander was an alcoholic and Iggy was battling heroin addiction, though it was Iggy who put the wheels in motion. This changed the dynamic of the band and Iggy was introduced to guitarist James Williamson who would co pen the album. Moving to London to start recording sessions former members of The Stooges were sent over from America to complete the line up. Ron Asheton, guitarist on the first two albums now took to bass while brother Scott Asheton stayed sticksman.

The loud aggressive assault of ear defining rock on Raw Power is a journey encapsulated in 34 minutes. The wild howling of the lunatic genius that is Iggy Pop drags you into his world. Like a haunting devil he pours out poetic lyrics over ‘Gimme Danger’ setting a dark and dangerous mood, layered with crashing guitars and chilling screams.

For a second you have time for your eyes to focus before ‘Your Pretty Little Face Is Going to Hell’ drags you back in for another round of thunder and lightning, ending with a Williamson solo and Iggy screaming like a man possessed.

The sexy and seductive vocals in ‘Penetration‘ are what sounds like and could well be a strangled cat hidden beneath the track. Penetration rattles along like a ghost cursing through an empty town.

Title track ‘Raw Power’ begins with a grunt before sending you into another guitar fuelled trance. The Lyrics;
‘Raw power got a healin hand / Raw power can destroy a man / Raw power is more than soul / Got a son called rock and roll’ show the intensity behind this track.

The bluesy ‘I Need Somebody’ brings the second ‘balled’ to the album along with ‘Gimme Danger’. It is delivered once again in Iggy’s howling manner that screeches through the music. Oozing with lonesomeness and longing the chilling lyrics speak of a path that’s to end in destruction. A possible reference to Iggy’s heroin addiction.

‘Shake Appeal’ the shortest track at 3 minutes long, is a simple and more traditional arrangement but sexy and delivered with powerful snarling vocals.

The final track ‘Death Trip’ is an insane manic assault that follows the style of ‘Search and Destroy’ and ‘Raw Power’. Battling for the forefront of the track Iggy and Williamson to and froe between guitar and vocals. Built on sex, drugs and rock n roll this album can probably best be described in just two words….’RAW POWER’